How you can use Microsol to remove printed on letters or numbers.

At the time of that article, I had experimented with a method that uses Microsol to soften the lettering but never got any results.  12 years later I can officially say I think I have perfected this method, and I'd like to share my results with you.

I purchased the ScaleTrains.com BNSF Dash 9 written about here: Quick Look: ScaleTrains.com Dash 9.  I decided to update my locomotive to match a modern unit with PTC antennas added, but I could not find a photo of 4313 with PTC, so I chose 4300, the "class" unit. http://www.rrpicturearchives.net/locopicture.aspx?id=42537&Page=2 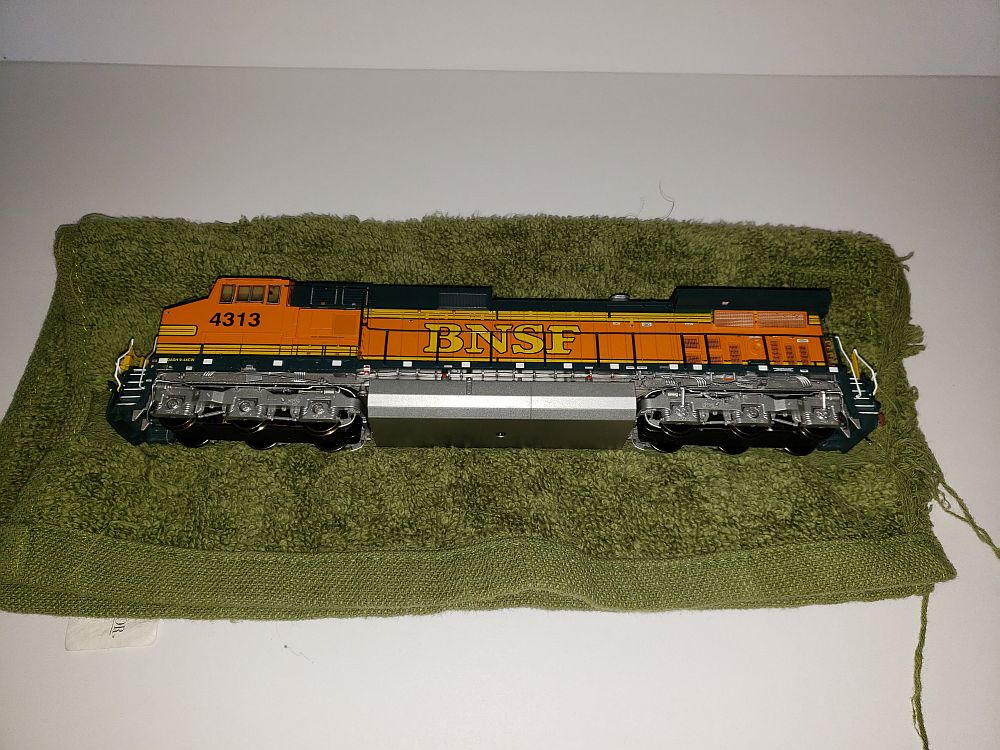 To remove the number I'll by using Microsol and a paper towel square torn roughly to the size of the number the be removed from the cab.  Please the paper towel over the numbers and soak with Microsol.  I use a cheap plastic bristle Testors paint brush for this. 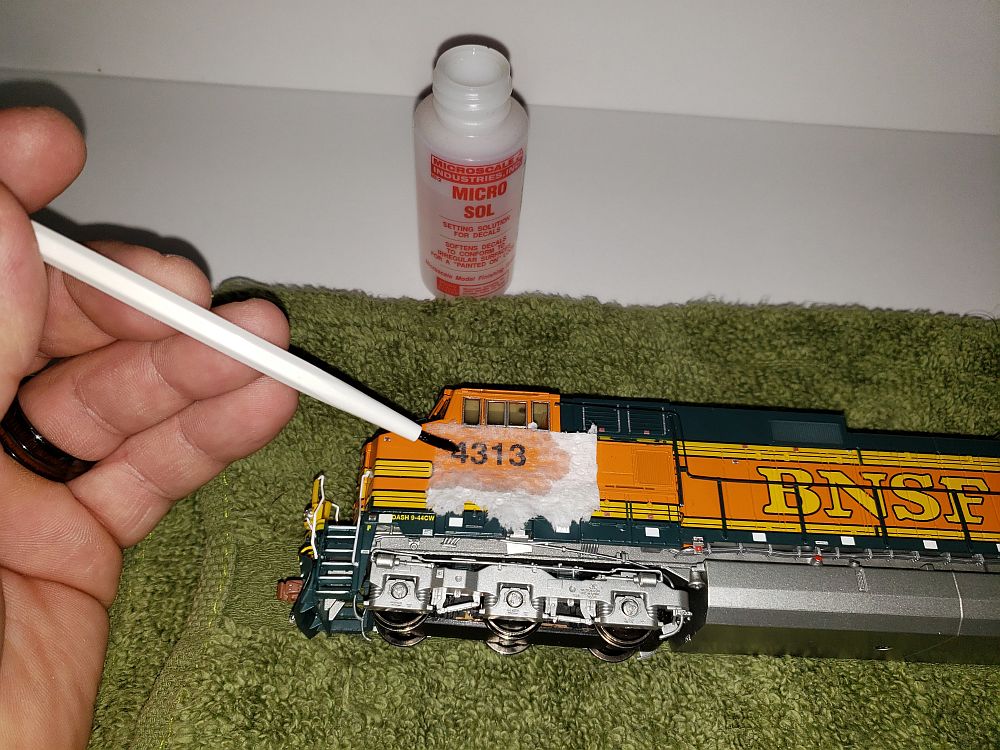 Let the numbers soak under the paper towel for about 15 minutes, frequently re-wetting the paper towel.  I've noticed that if you forget to re-wet, and it dries out, you nearly have to start over, so keep the towel moist for the duration of the 15 minutes.

After 15 or so minutes the letters should be loose.  I often re-use that Testors brush, because the bristles are stiff, to bush the letters away, using a motion that pushes the brush into the letters vs. a standard painting technique where you pull the brush.  A stabbing motion of sorts.

Most road numbers I've done this way completely wash away in one application, of 15-20 minutes soak time. 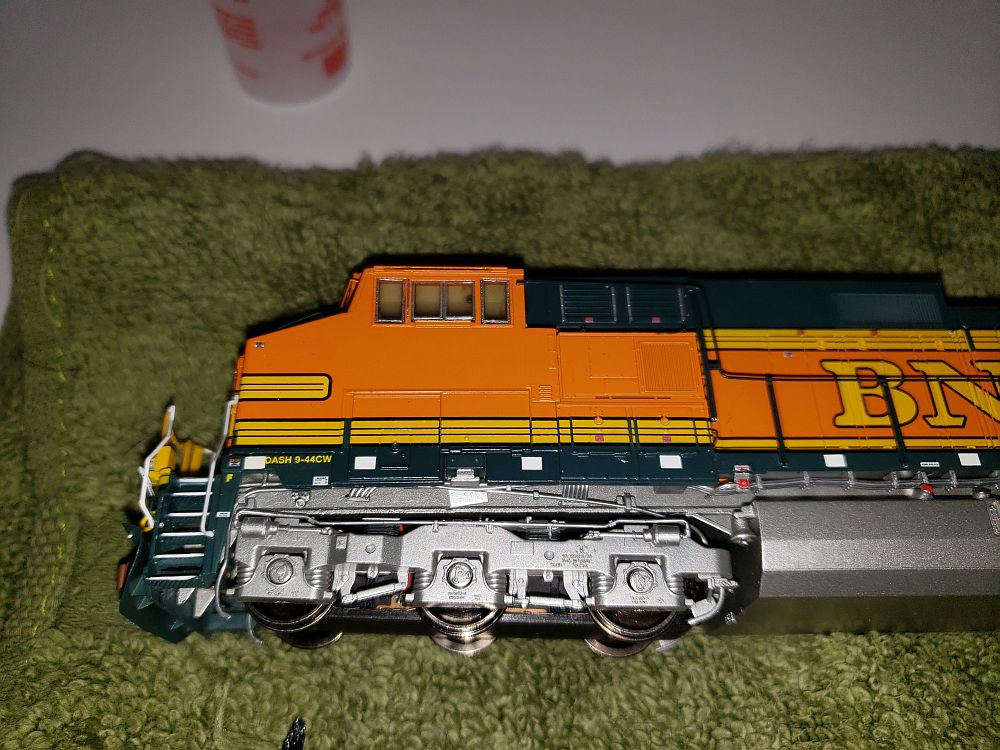 On this unit I needed to remove number from both side of the cab, and the rear of the long hood.  I leave the numberboards as I don't prefer the look of lit numberboards, so I will not be using the lit boards on this ScaleTrains.com locomotive.  I experienced some difficulty, and resorted to an Xacto knife on one spot on the engineer's side of this locomotive.  The same spot noted in the Quick Review where there was a bubble in the number.

The rear lettering came off fine, although the process also removed some of the black pinstripes, which I'll fix with decals when I number the unit with Microscale Decals. 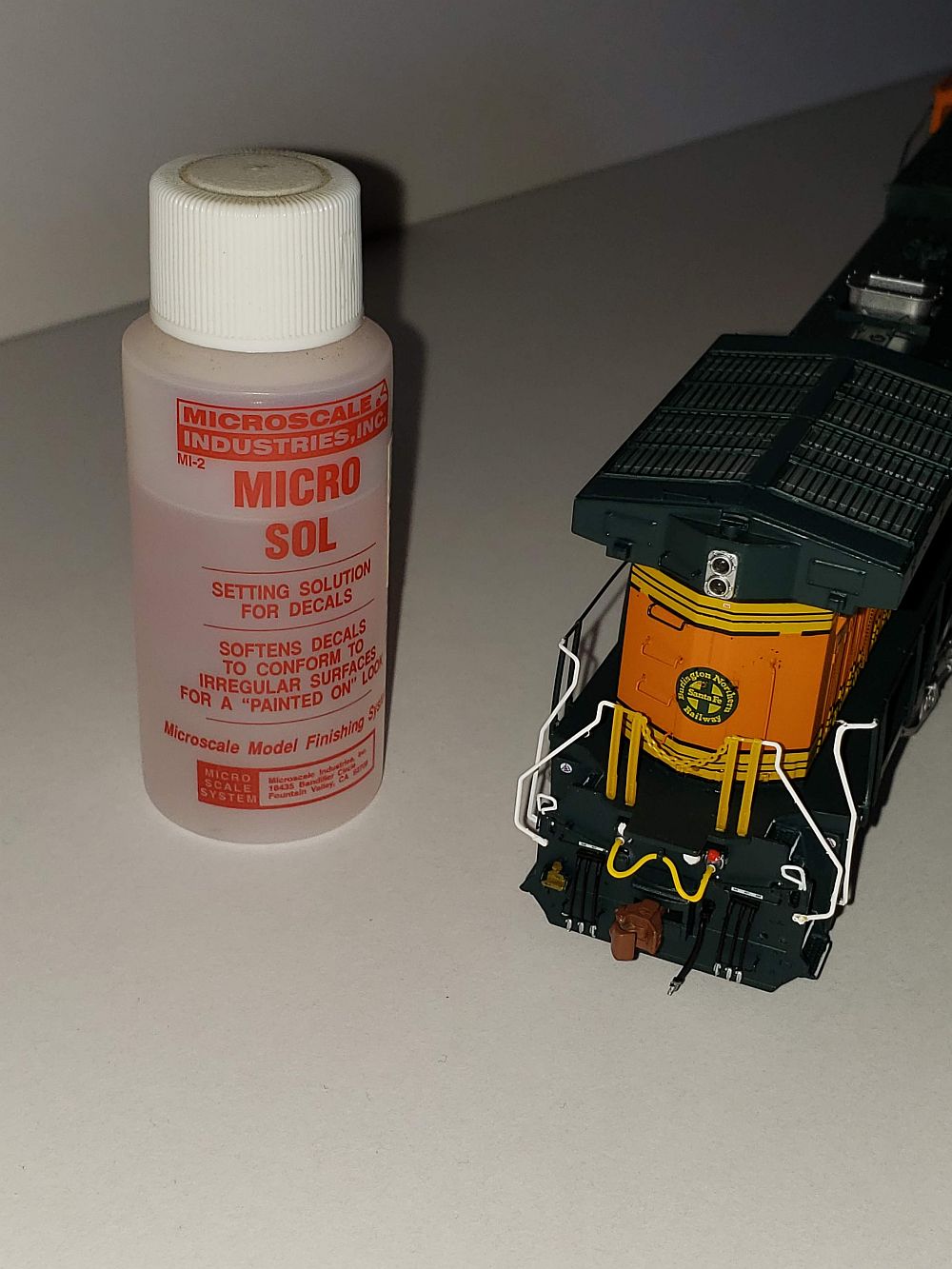