Models released in 2020 from Arrowhead Models and Walthers Mainline.

In late 2019 Walthers quietly announced a new gondola in HO scale, to represent the popular Railgon cars, in their Mainline series of models.  In July of 2020, Arrowhead Models popped into Lombard Hobbies for a live facebook event announcing their version, which they promised to be the most accurate.  Read more about the model on it's own here: Quick Review: Arrowhead Models Greenville 2494 Railgon

This article is intended to be a supplement to the quick review, and allow the buyer to compare the models without having to buy both.

Cars from Bachmann, and Walthers.

Many years ago, Walthers released a Scale Test Car in HO scale.  This was an amazing product for it's time, however, being injection molded plastic, it had severe tracking issues.  This was commonly overcome with replacement Reboxx metal wheels, I've determined the replacement axles from Reboxx to be 1.020", with 33" wheels.  In 2019 Bachmann's die-cast metal version was released.  I managed to find a great sale on one, while I was ordering other supplies from M.B. Klein.

The new Bachmann version has an MSRP of $41, and shows as still available from Bachmann direct. 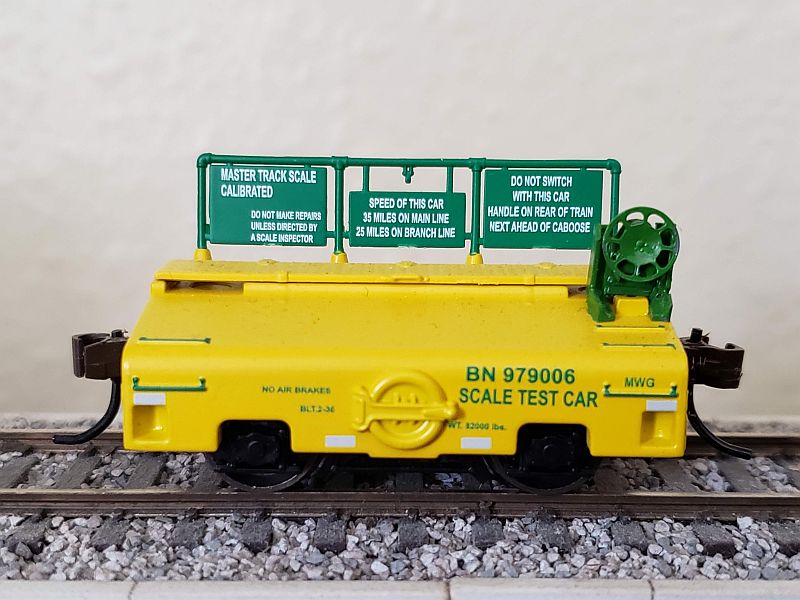 This side-by-side compares two concrete segmental bridge products on the market for HO scale modelers, thus allowing you to choose which would be better for your layout.

Allowing you to compare the two models on the market as of late 2008, and pick which one you want, in an educated
manor.

Major carriers include BNSF & TTX, with others such as NW Container, Pacer, AOK & IAIS also running some.

Kato USA, and Intermountain Railway Company both have released assembled, painted models on the Maxi-IV in late
2008 for the HO scale market.

Allowing you to compare the two models on the market, models representing a 60' wood deck flat car with 4 tie down channels.

The 60' flat. Modeled in two main forms for HO scale modelers. Athearn/Roundhouse has a wood deck 60' flat, but why is it not represented here? Well the models offered by Intermountain & MTH represent a flat car with 4 tie down channels. Both models featured here are Ready to Run (RTR). 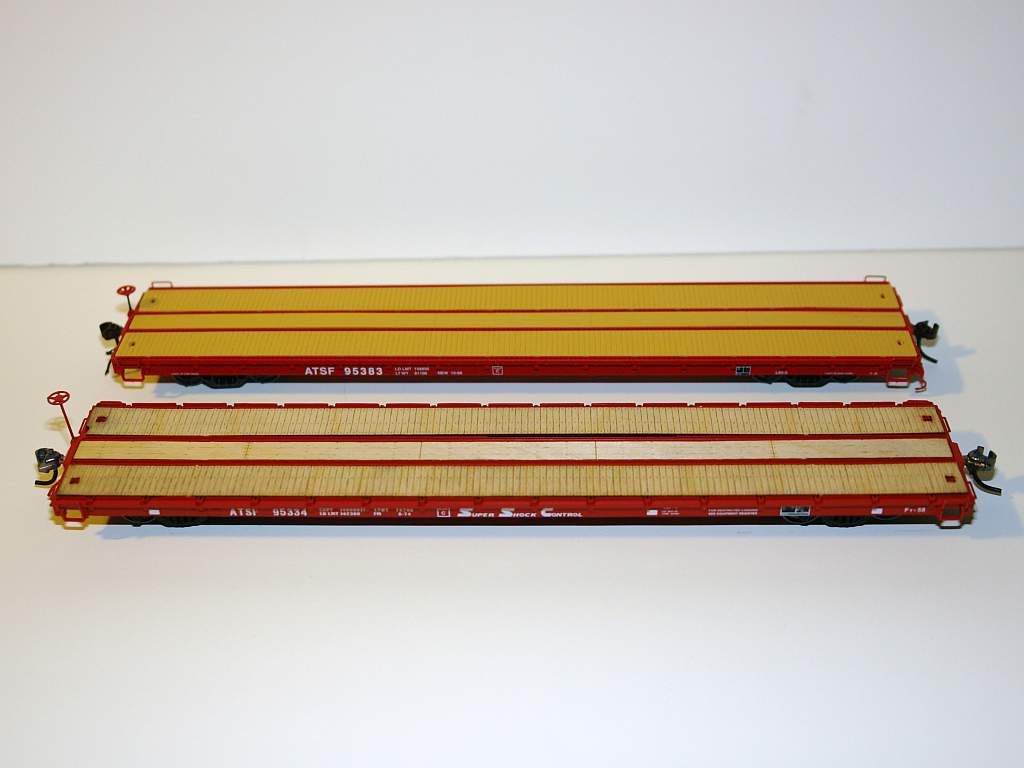 This side-by-side compares four separate wheel painting masks, for both 33” and 36” wheels in HO scale. One of each size comes from American Model Builders, MinuteMan Scale Models, and Modeler's Choice.