The BNSF C44-9W has been the mainstream power on BNSF as well as the GEVO locomotives. As the oldest C44-9Ws turned twenty, the time had come to rebuild or retire them. So BNSF had twenty of the former ATSF Dash 9s rebuilt. The result: AC44C4M, and an HO model was built as well. 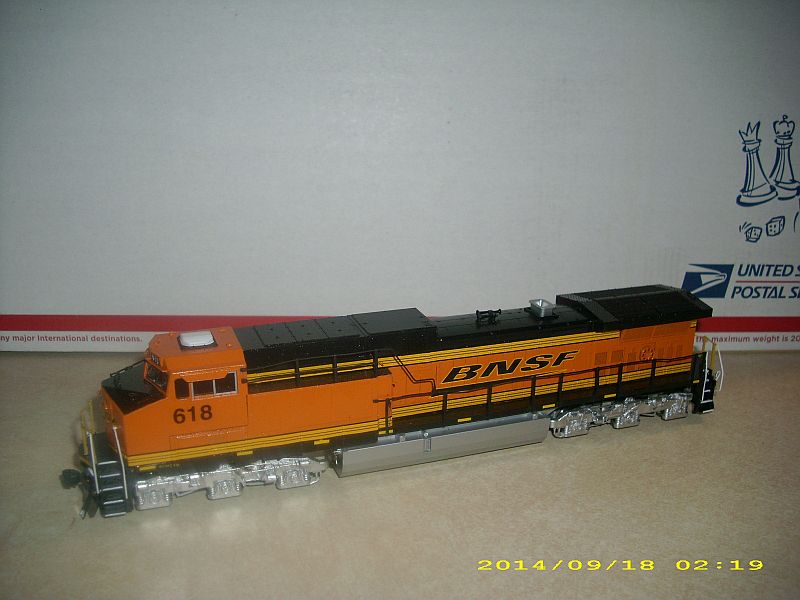 The first step was getting a used Kato ATSF C44-9W and a part of a Kato AC4400CW was use for the rebuilt area. 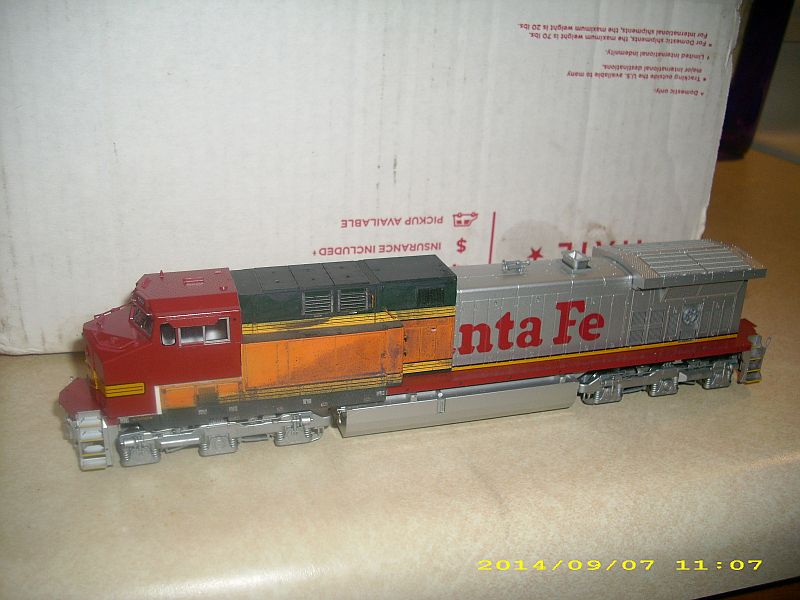 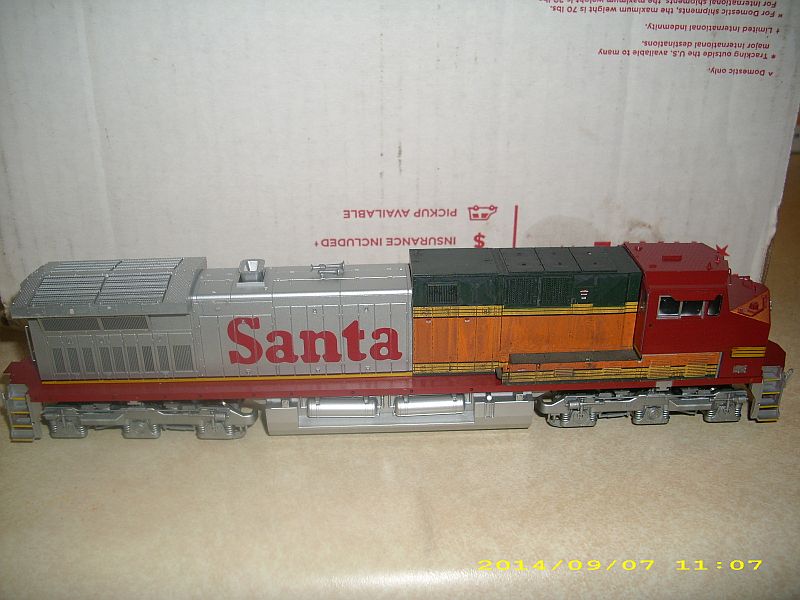 When the rebuilding is complete, now comes primer and new BNSF H3 paint.

Then comes detail parts and it's finished. 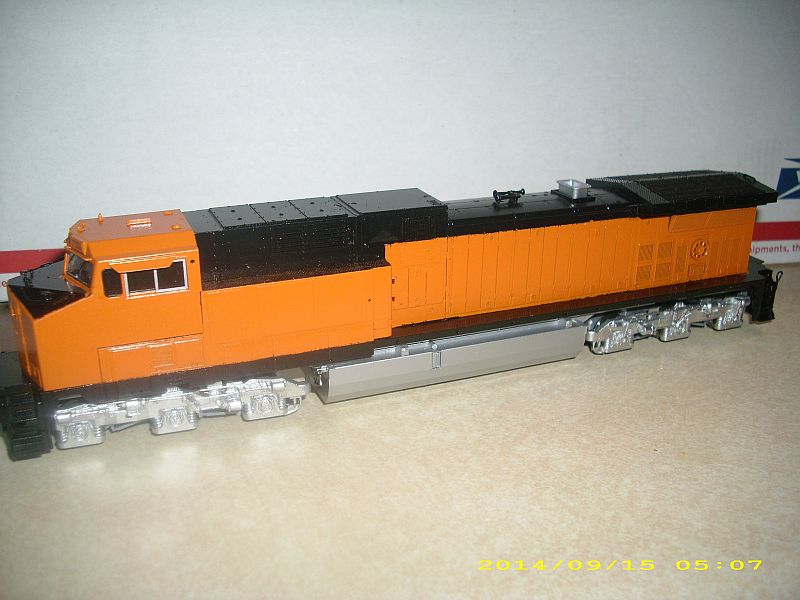