How I made new pilots for my Bachmann Spectrum DD40AX

Simple quick tutorial on constructing new pilots, in two different ways. This article refers to HO scale, but can be used in other scales if you'd like. 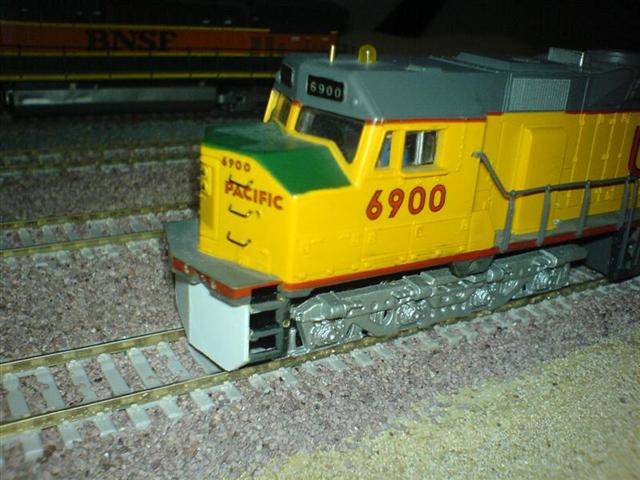 I recently acquired a Bachmann Spectrum DD40AX and decided that the truck mounted couplers and open pilots HAD to go. Besides the looks, the lead pilot was broken off. Here's what I did.

Step 1a I started by trimming off the cast on uncoupling levers from either end. The rear pilot will be used to match up the styrene shapes in my case, however you can use either end. We'll refer to this as the template pilot.

Step 2 Since DD40AX's have an angled pilot, it requires a tad more work then a normal unit. I'll cover a flat pilot some time in the future. For this step I trimmed out 4 pieces of .015" styrene sheet, to roughly match each of the halves of the pilot (4 pieces for 2 pilots).

Step 3 Rough assembly is accomplished by covering the template pilot (my rear pilot as mentioned earlier), with a piece or blue painters tape. I then covered the edge of the styrene that was to be the center line with some 10-25 sec. Cyanoacrylate (CA) adhesive. I butted the parts together over the tape, let dry for a few seconds while holding with my fingers, then removed them, and set them aside for complete drying.

Step 4 Since the front pilot requires a whole new one, I had to double it up, with an extra layer of .015" styrene.

Step 5 After about 15 minutes of dry time, I can now prep to install. The rear pilot used a simple sandwich technique. I applied some Testors Liquid Plastic Cement, then pressed the new pilot onto the old. After roughly 30 minutes of dry time I carefully trimmed the excess down to match the old pilot behind the new one, and sanded it smooth with 600 grit sandpaper.

Step 6a The front pilot has to be measured an trimmed to match the rear before installing. I carefully marked out the shape by holding it to the rear pilot and tracing the edge with a mechanical pencil (has a much finer tip, so it gets closer). I trimmed it back with a knife, then held it to the rear pilot again to match it up. I was very close, but don't be afraid to leave a little excess, you can always carefully file it to match. Once it matches you're set.

Step 6b I used CA to attach the front pilot, with a nice strip on the top of the pilot and a drop on each step end.

Now that they're installed, either style you picked, its ready for detailing, including uncoupling levers, MU lines & hoses, and air line, and ditch lights if you're modeling #6936 like I am. Then paint to match, and you're set! 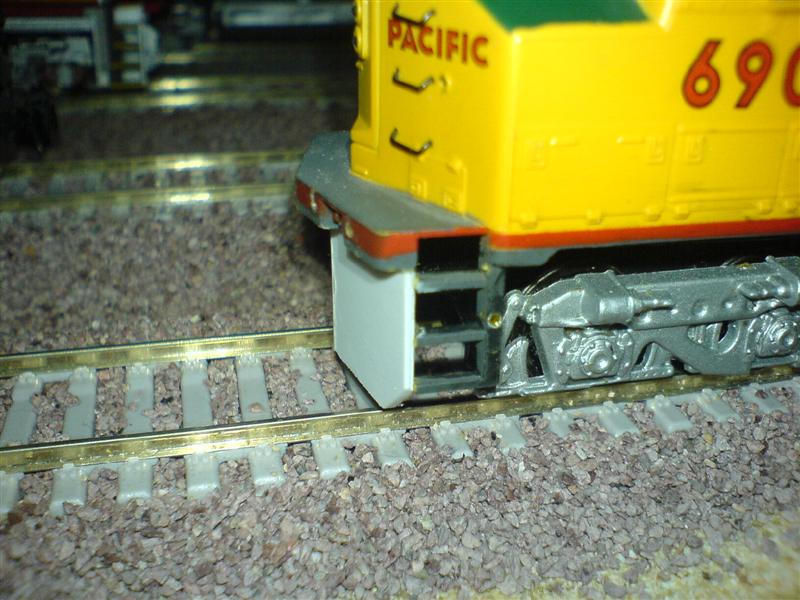 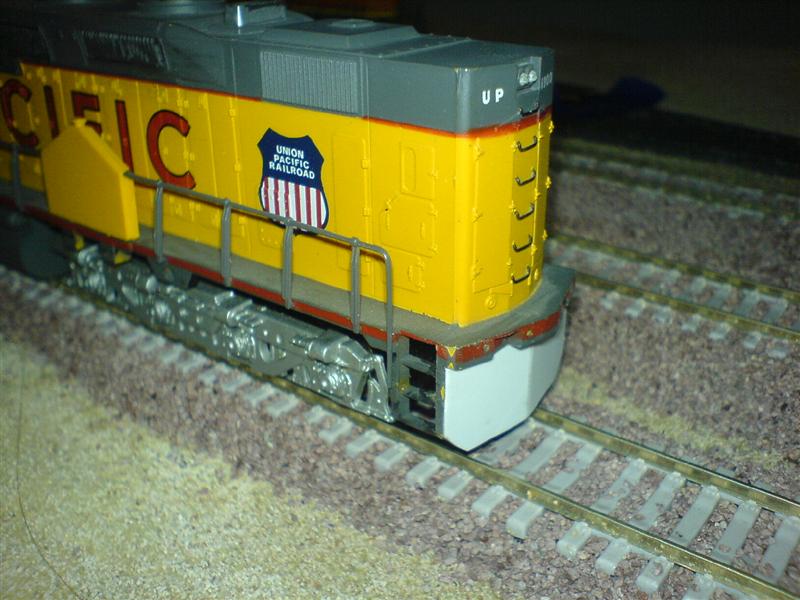