The only model on the market in HO scale, this model site WAY to high.  You can see it in the coupler pocket.  Theory is that the model was developed for N scale, and upscaled to HO, leaving the deep coupler and tall bolster.

I head about this "issue" on the Modern Freight Cars List, found on Groups.io (...).  This discussion was about lowering the bolster.  Fortunately, with this Atlas release, it's "easy." Follow along. 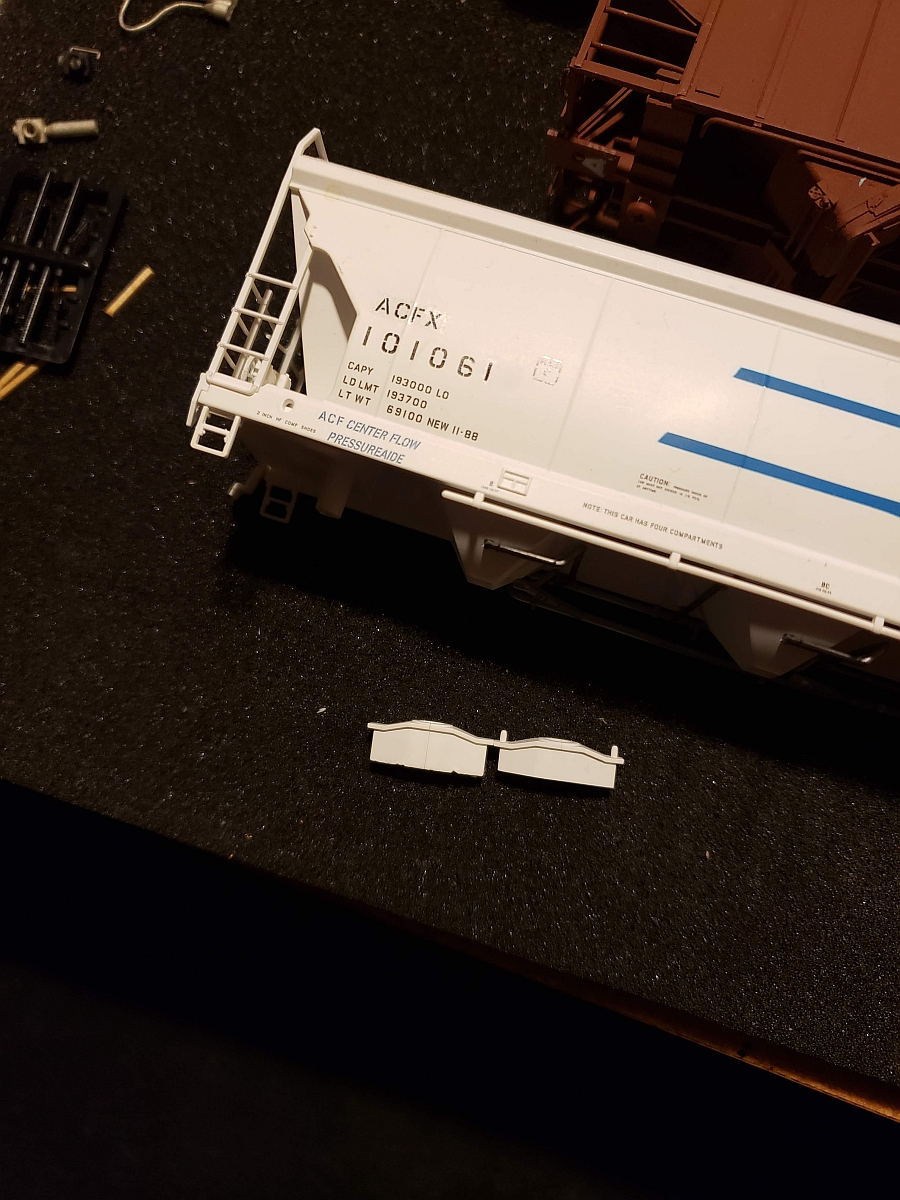 As you can see, the bolster is tall.  I've shortened the one on the right somewhat.  It's not done yet! 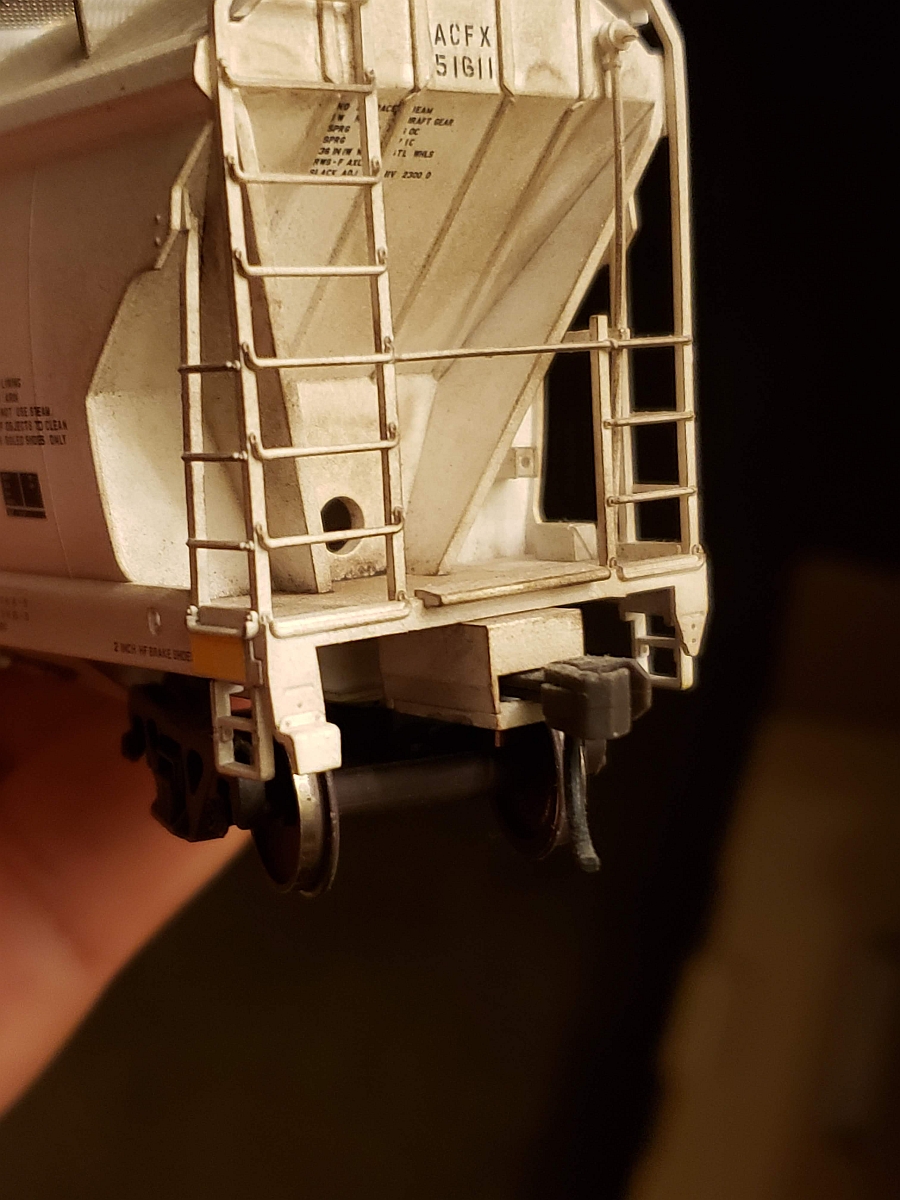 Note the increased space above the coupler in this shot.  When have you seen a coupler pocket (draft gear) with that thick of a top plate?

I proceeded to follow recommendations on Groups.io, and lowered the height.  Here's how much. 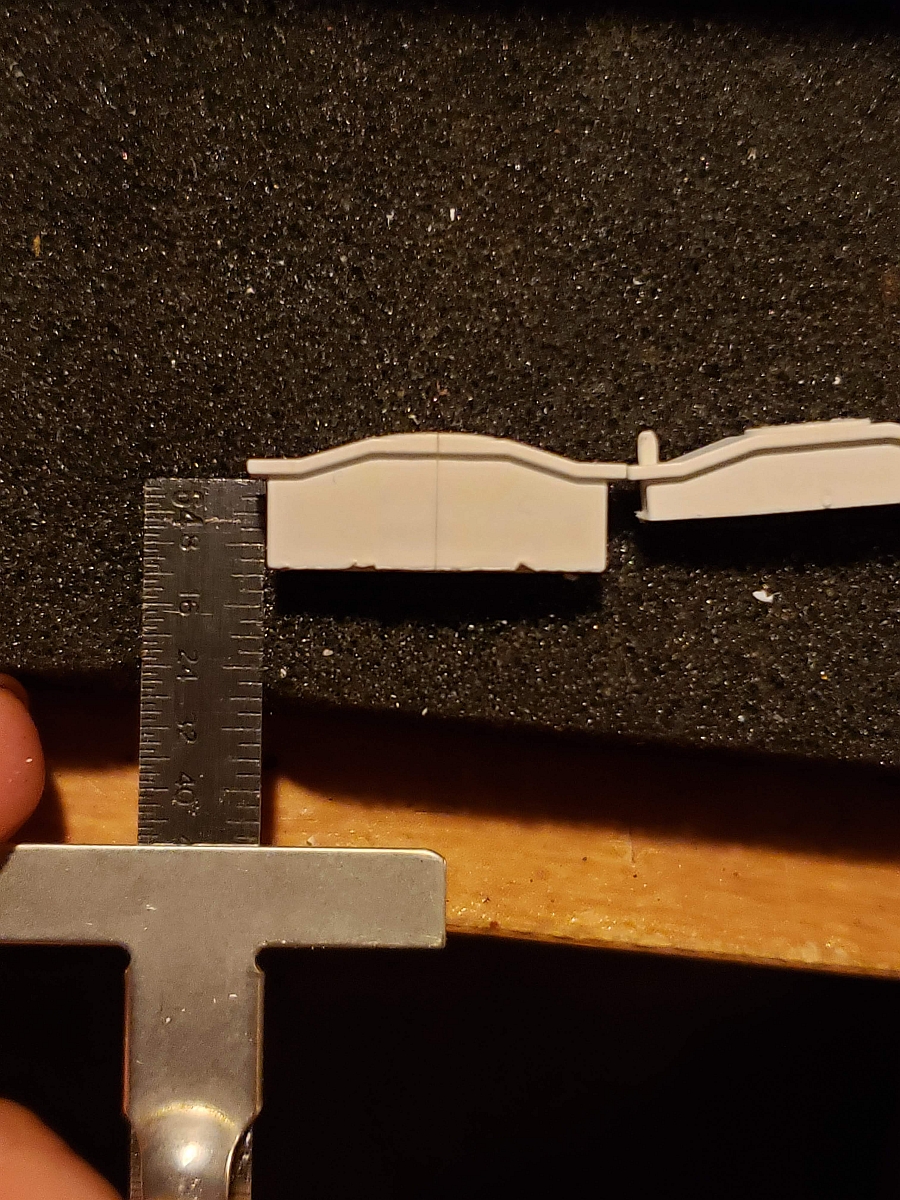 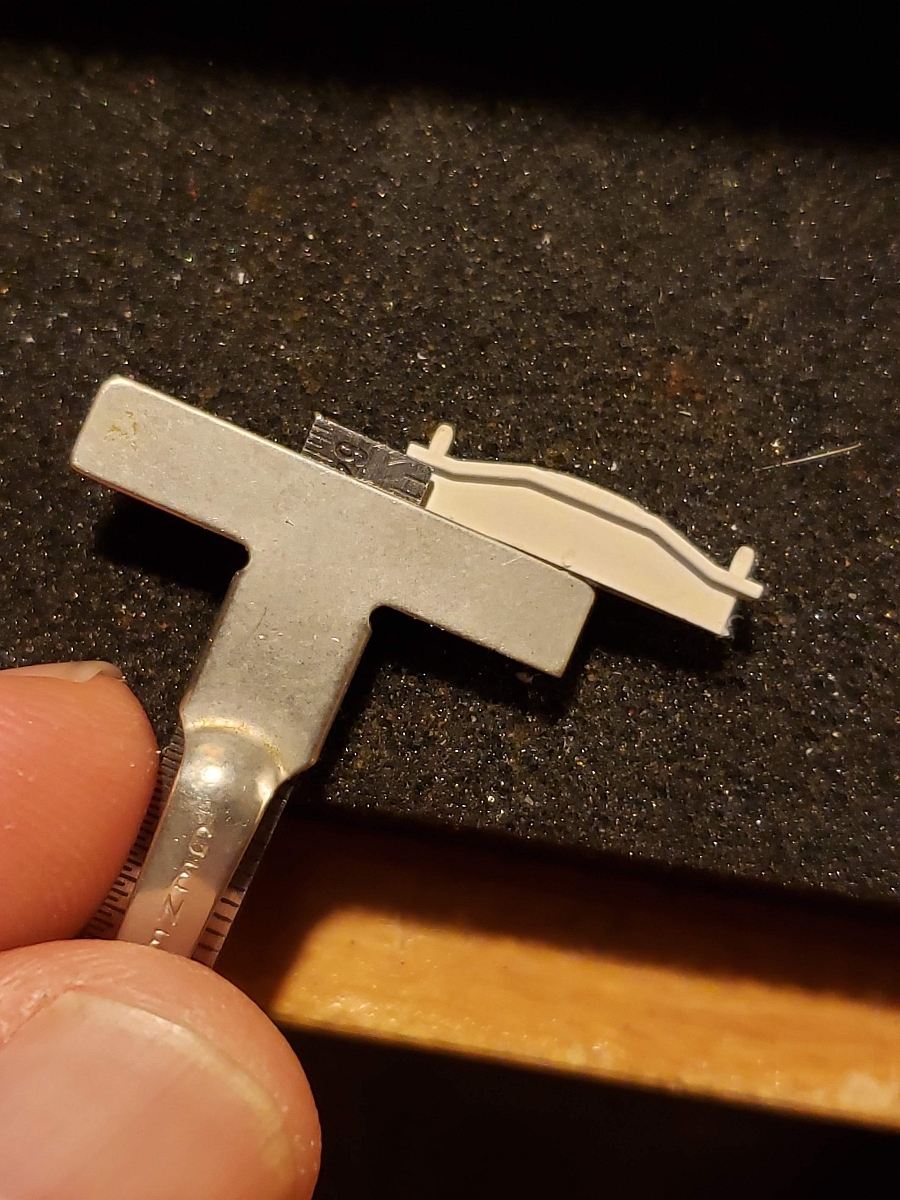 The bolster from shelf to floor, was 11/64th of an inch tall.  I cut this down with a file to 1/16th of an inch.  Using a slide rule I measured it over and over to make sure it was even

Once the bolster was down, I used a course file to lower the bolster pin to hold the trucks snug.

Modifying the bolster of this odd Atlas car isn't hard, but should be taken with care, so the trucks sit level and the car looks correct.  Use an Accurail scale draft gear, or a Moloco welded draft gear for the coupler.  Remove the coupler pocket down to the flat chassis and rebuild.