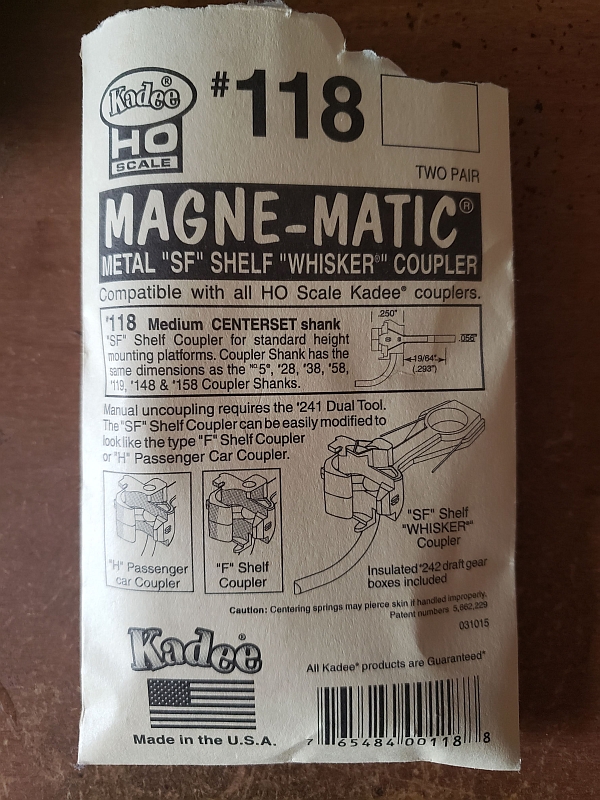 To couple, the couplers are simply pressed together, causing the knuckle to push outwards, then spring closed around the opposite knuckle.  This works best on a straight stretch.  Uncoupling can be accomplished remotely with an under track magnet.

Many companies make this style, to include Kadee, McHenry, Life-like/Walthers, Kato, Accurail, ect.

By far, currently the most common style of coupler.  Cheap, and readily available, and come installed on most modern items.

Hook & Loop
This style is more so a European style, though it does see limited use in the states.  I seem to remember someone saying its designed act like the old way of coupling trains before knuckle couplers came into use.

The coupler consists of a loop, with a hook to the rear, when two are pushed together, the hooks snag the loop of the opposite coupler.

Common on Marklin, seems to be what Bachmann is using on Thomas stuff.

Sergent couplers are "top actuated".  Inside the coupler is a steel ball that holds the coupler closed, a magnetic wand is used to free the knuckle.  One, or both knuckles must be open to couple.  Sergent couplers do not come with a centering spring, however they have a friction spring, witch will allow the coupler to stay positioned off center for coupling in a curve. 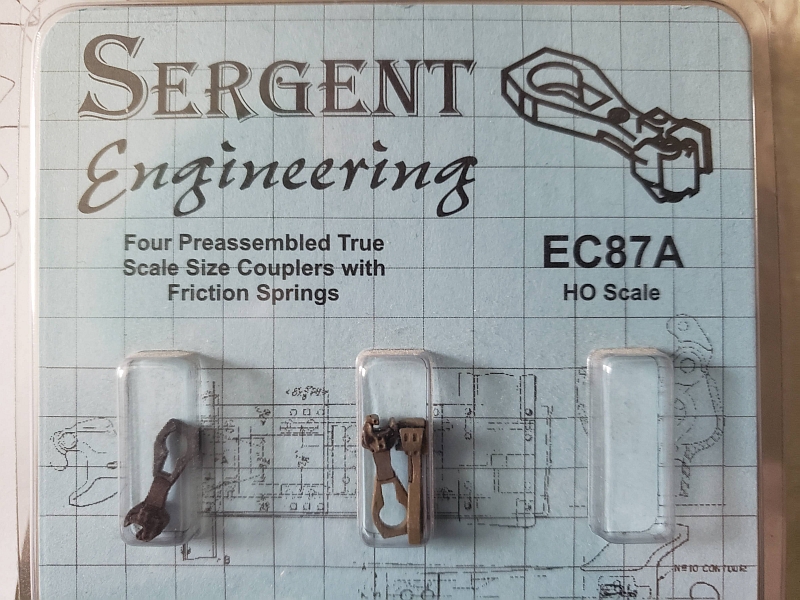 Sergent couplers are amazingly resilient to derailments, and will usually stay coupled through a derailment!

The price, manual uncoupling, and compatibility are major factors in keeping a number of users away from this style.

X2F
The X2F (hook horn) style coupler used to be the NMRA standard coupler.  They're shaped generally like a prototype coupler, however have a large wing to facilitate coupling.  Usually have a one sided centering tab. 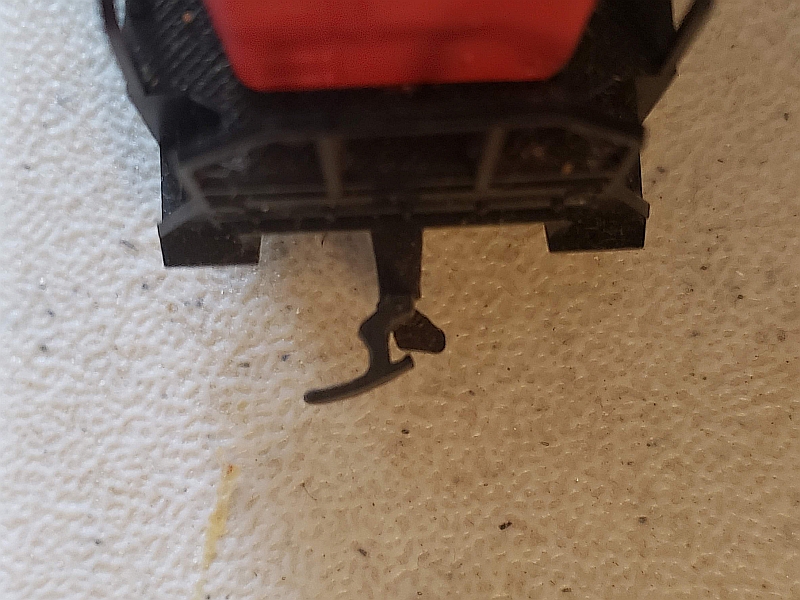 To couple, simply press together.  Uncoupling can be accomplished similarly to Knuckles, with a special plate between the rails.

Former NMRA standard, still found on many older train sets, an in older train kits (also as a spare in newer kits).  Cheap, and relatively easy to use.  Awfully ugly, and non-prototypical looking.

After thoughts
It must be noted, that one style of coupler is NOT necessarily better then the other.  However, the knuckle couplers may have more common use, and be easier to acquire.

Consider this, are you to lazy to do it manually, or do you plan on having areas that will be hard to access?  Do you want to go cheap, or spend allot?  Do you have a large number of equipment, that would need conversion?  Do you want cross-compatibility with friends, or club layouts?  Do you want unrivaled accuracy?