Note, this article is not for the non-rivet counters among us. It picks apart BNSF Dash 9's so that you can identify what you need to make it look "correct".

For those of you who are not familiar with BNSF Dash 9's, and the idiosyncrasies of "rivet counting", check this out for a demonstration. 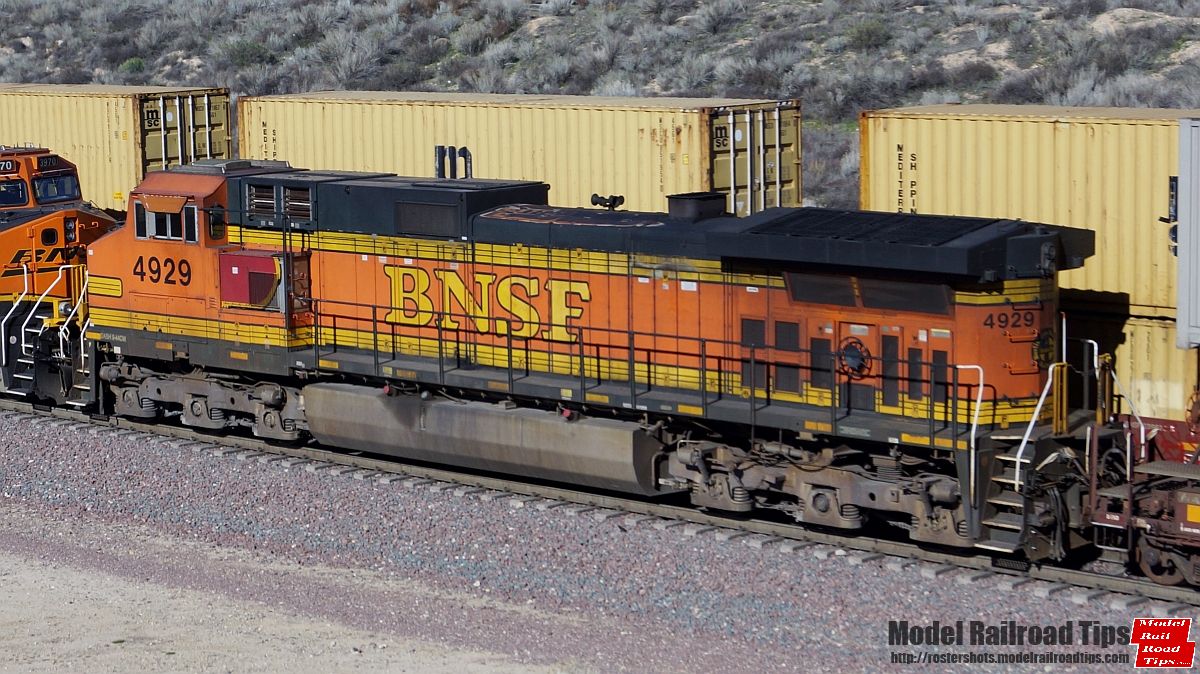 The following are different "Phases" of Dash 9's in the BNSF inventory.

BNSF 599-699, No 666, Fmr Santa Fe, delivered in War Bonnet.
Notice the grills on the doors are all the same height.  Also notice the "X" panels near the Dynamic brake, there is only one.  These units have a top fill sand box, but I'm unsure if the door exists below the light.
http://www.locophotos.com/PhotoDetails.php?PhotoID=71214
http://www.locophotos.com/PhotoDetails.php?PhotoID=3369

BNSF 700-799, ordered by Santa Fe (or at least Santa Fe motive power board, after BNSF merger), delivered to BNSF in BNSF Warbonnet.

BNSF 4720-4910?, H2 units, Many delivered sans lettering, or in primer.  Characterized by smaller then normal BNSF text in nose cigar band.
These have the characteristic 4 window cab, the twin "X" panels (hard to tell), no roof panels (just a flat sheet) above the "X" panels, and staggered grills.  They also have a door on the rear of the long hood, and top fill sand box.
http://www.locophotos.com/PhotoDetails.php?PhotoID=60865
http://www.locophotos.com/PhotoDetails.php?PhotoID=61433

There there's some other details...
The Fmr Santa Fe units pose one last hurdle, the trucks!  They seem to have been delivered with this truck:
http://www.locophotos.com/PhotoDetails.php?PhotoID=42823

BNSF seems to replace them on an as needed basis, with High-ads like all the Dash 9's & AC4400's to follow:
http://www.locophotos.com/PhotoDetails.php?PhotoID=71214

There's other differences, like step count. The Santa Fe units have one less step then any other Dash 9.

Modeling hints...
Lucky for us HO scale BNSF modelers, accomplishing a unit is about to get easier.  Details west is said to be working on a 4 window cab piece for the Dash 9's & AC4400's.  I cannot wait for it to come out, I need a TON.  We've also got a detail pack from Details West to get the correct twin "X" panel for the hood, and it comes with a nice overlay for the cooling area.  However, we're stuck when it comes to the door on the rear hood.  Scratch building time, unless you're handy and can make a resin cast copy.

Use a Kato 4 step gull wing to model Santa Fe bought units, otherwise, buy an A-line step kit and remove & replace the steps on an Athearn, RPP, or Kato 5 step.

Most BNSF Dash 9's have late Hi-Ad's, with a few early Hi-Ad's from the Santa Fe units mixed in.

The Conductors side rear & Engineer's side front side frames have angled anti-hunting dampers.  The opposite side frames have 3 exposed roller bearing caps, which does not look to be offered complete in a side frame, however Smokey Valley (HO scale) has the part, if you wish to drill out the side frame and add it.

[Ed note:] Since the time of this article, both MTH, and Scaletrains have released appropriate BNSF version units, with Athearn announcing their version due in 2021 in the Genesis 2.0 line.  Read about the Scaletrains here: Quick Look: ScaleTrains.com Dash 9

I've built up 3 MTH units, modifying them in the way of paint, and road number changes: 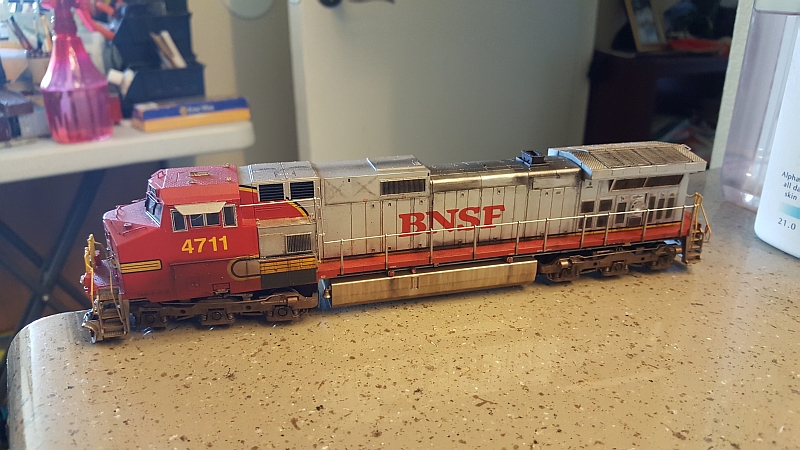 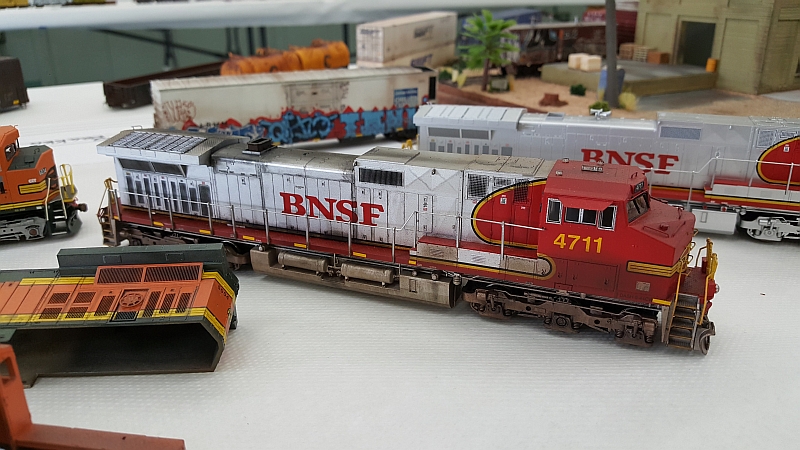 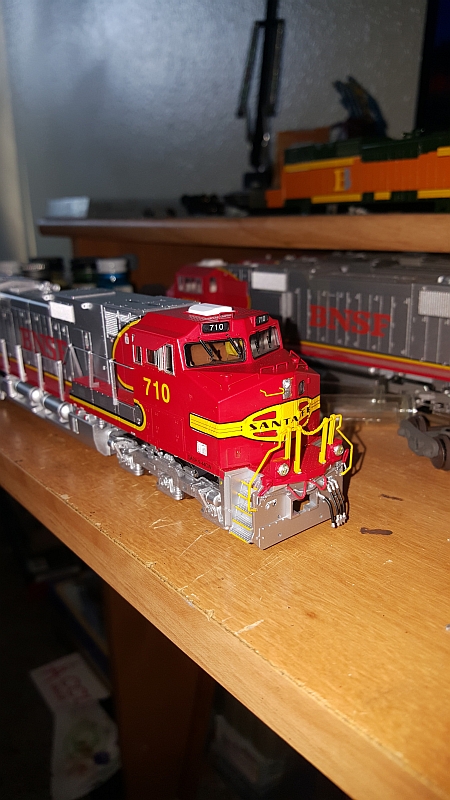