Released in 2 runs beginning in early 2020, this was Tangent's first caboose model.

According to Tangent Scale Models, the B&O purchased 46 of the I-18 class represented by this model, beginning in 1965.  While delivered to B&O, the caboose subsequently served the combined Chessie system, and later CSX.  Tangent offered the caboose, which quickly sold out in 2 separate runs already in 2020, in popular schemes running from B&O as delivered blue, B&O repainted blue, Chessie yellow, several Chessie safety schemes, and in the 2nd run, a fully patched, ready to weather CSXT modern caboose which you see here. 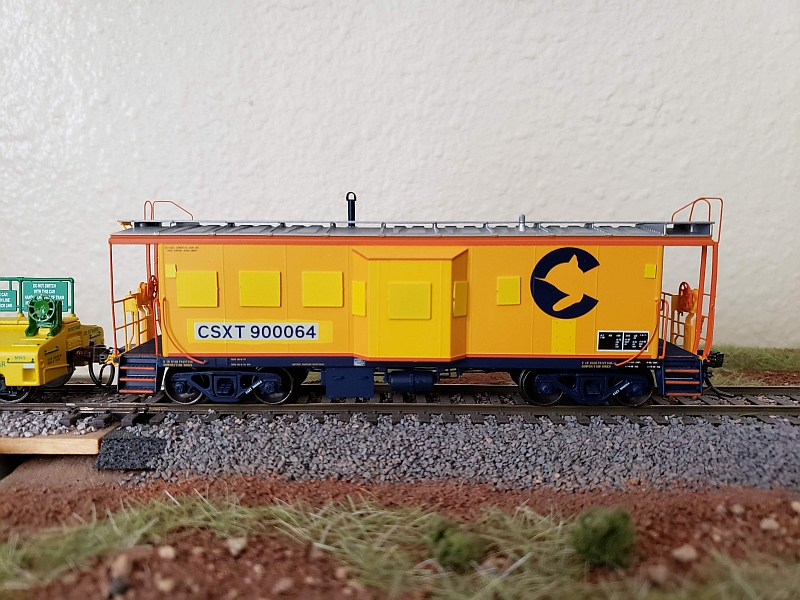 When Tangent announced the first run, which in customary fashion to Tangent releases, was available to purchase as soon as it was announced, I debated buying a Chessie scheme, to patch to CSXT per a prototype photo found in the announcement newsletter.  Typical me, waited too long, and the run sold out.  I watched eBay in anticipation, but never saw one at a reasonable, non-inflated price.  Then comes the 2nd run announcement!  The desired caboose was in this run, and I immediately ordered one. 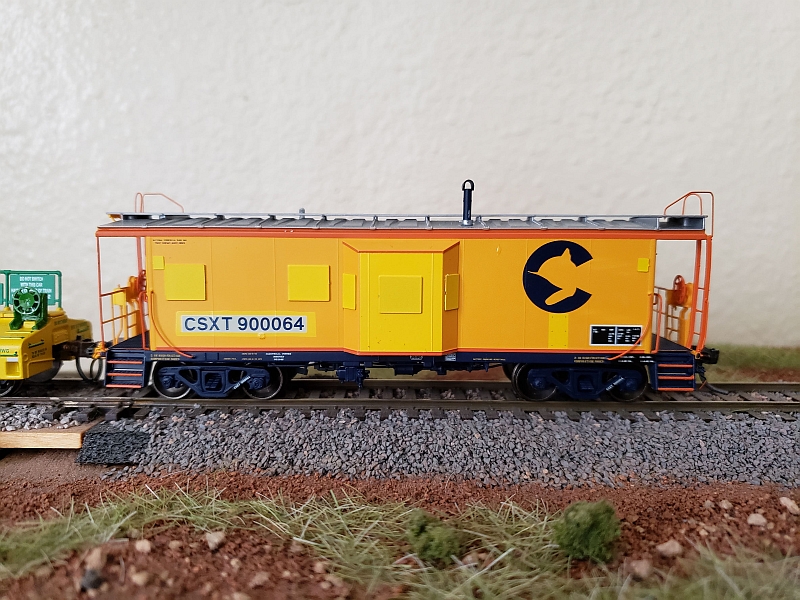 The box is sizable, much larger than your typical HO scale rolling stock box.  Included is the car in a well padded, foam lined box, with plastic clam shell holding the car.  Also in the box is a glossy manual with car history, and a wand for lighting effects. 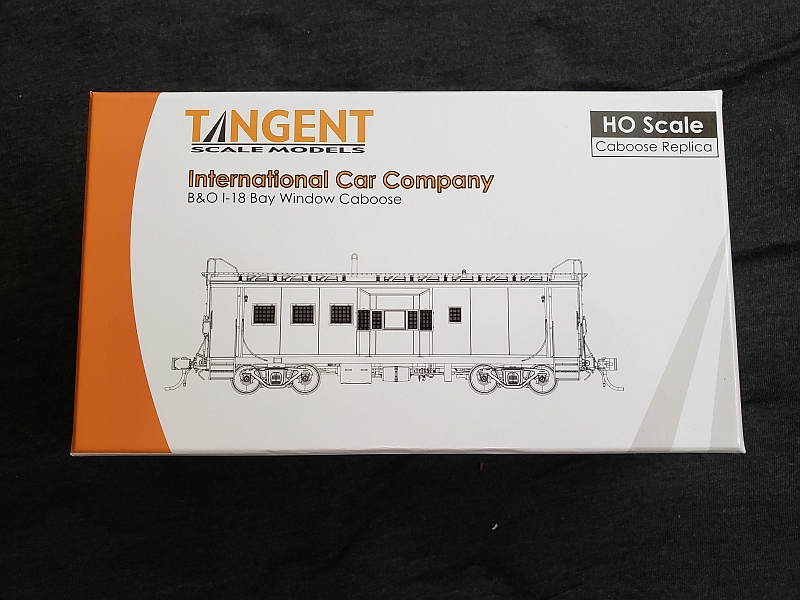 Lighting effects are controlled on/off with a wand, but retain track power.  Tangent's instructions relate to how to operate the interior and marker lights.  However, I must note, according to the announcement newsletter, my caboose comes with full interior light board, due to the nature of the patched caboose, none of the interior lights can be seen, so I didn't bother to test that function.  Seems wasteful to include it with this caboose model.  Hopefully my caboose isn't running around with it's unseen interior lights on all the time!

Of note, trucks include power pickup, which I noticed are actually visible against the dark blue of the trucks and darker wheels.  Under body detailing is exquisite and appears to be spot on compared to prototype photos.  See the following photos for reference. 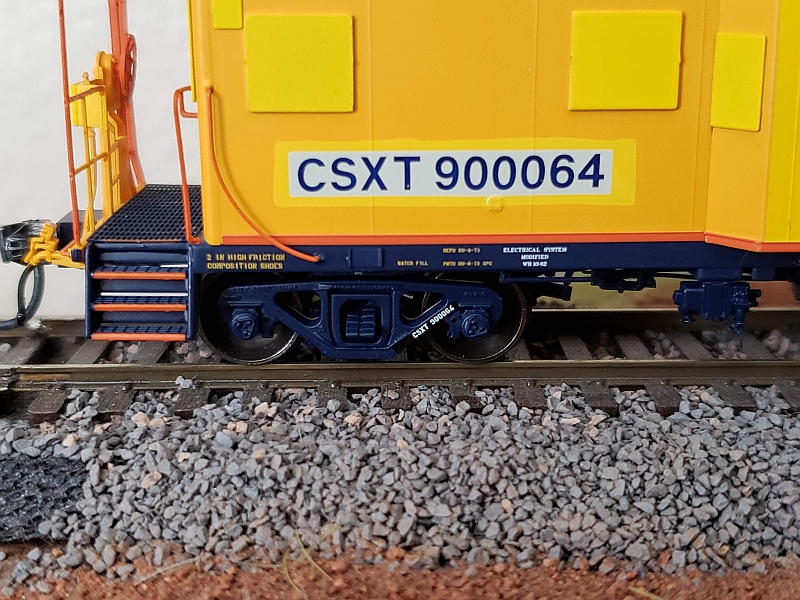 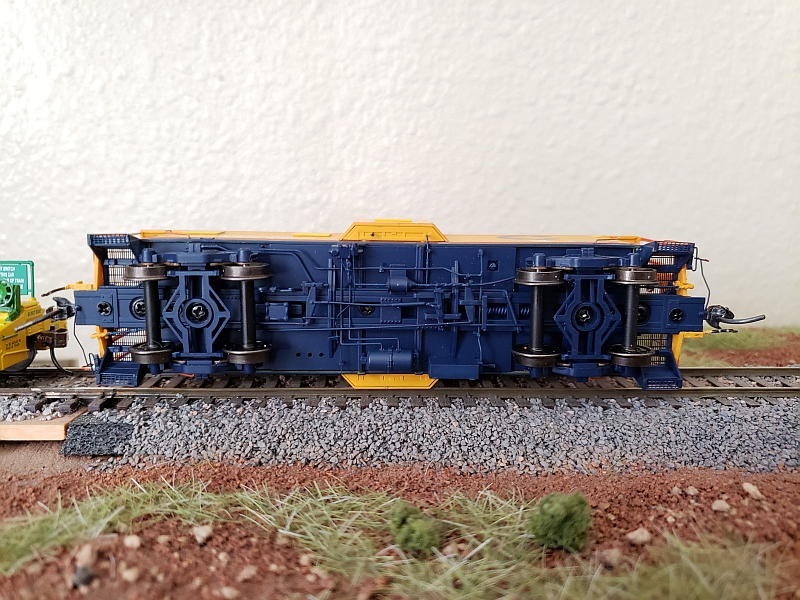 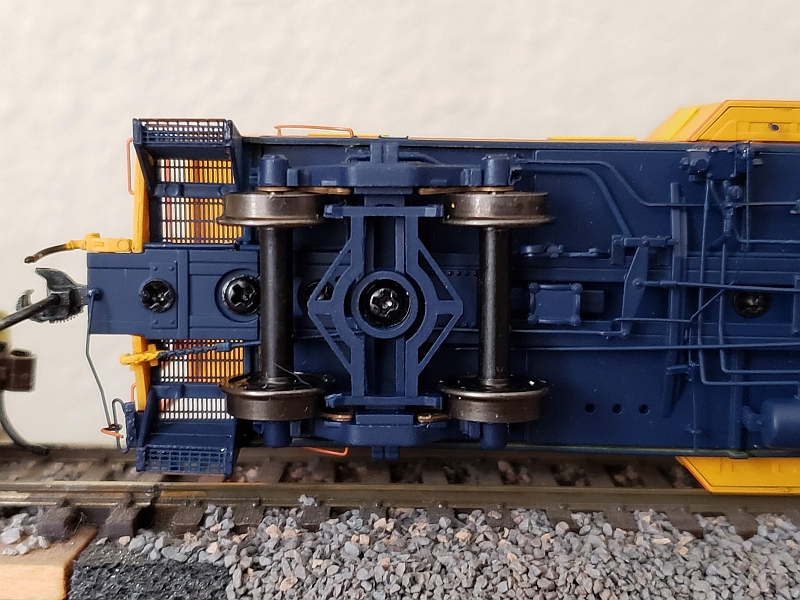 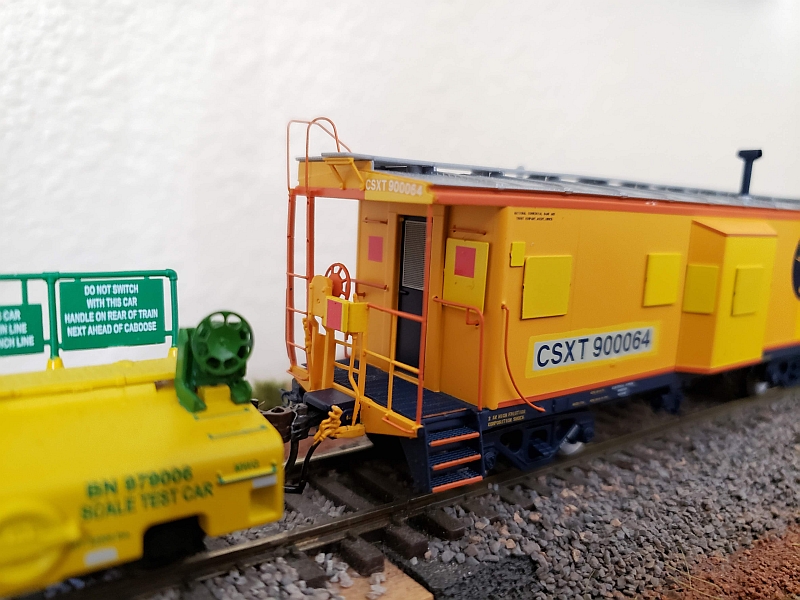 One discrepancy I noted, my example's couplers do not conform with NMRA standard, both ends of the car appear droopy.  Note the coupler lined up with a Kadee gauge in the next photo. 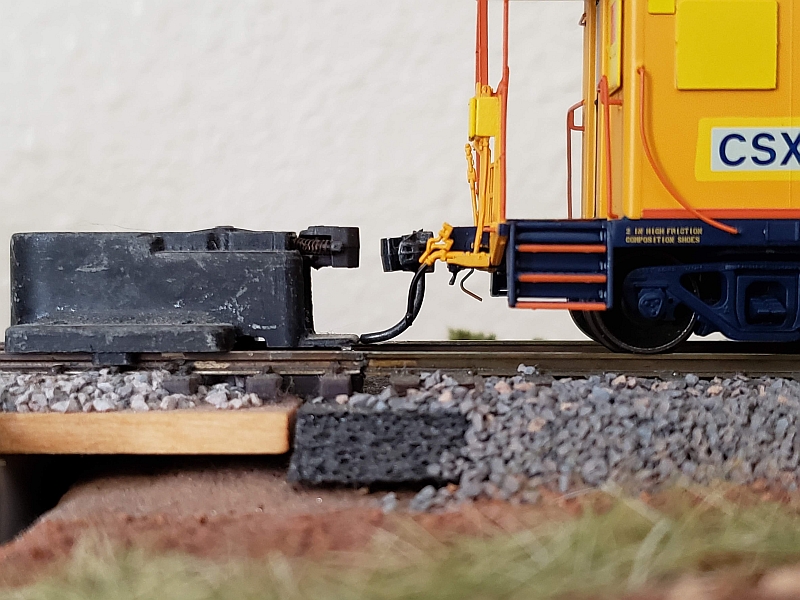 Careful examination tells me the paint, and patches are near identical to the prototype car.  I must note, that on Tangent's website, the prototype patch photo of CSXT 900064, modeled here, appears to have white lettering on the side.  Other photos tell me this vinyl lettering has faded/peeled from black to white in the years since CSX patched the car in 2002.

Not shown, but following NMRA Recommended Practice, this car at 5 Inches long should weigh in at 3.5oz.  My scale suggests the car is about 1oz over weight.

Overall a great car, with a few small discrepancies, I give this model a solid 4.5 out of 5.  The minor coupler issue might be only on my model, or it could be common, but the over weight factor could be an issue as the caboose nearly always trails at the end of a train, which the weight could cause an issue with underweight cars.