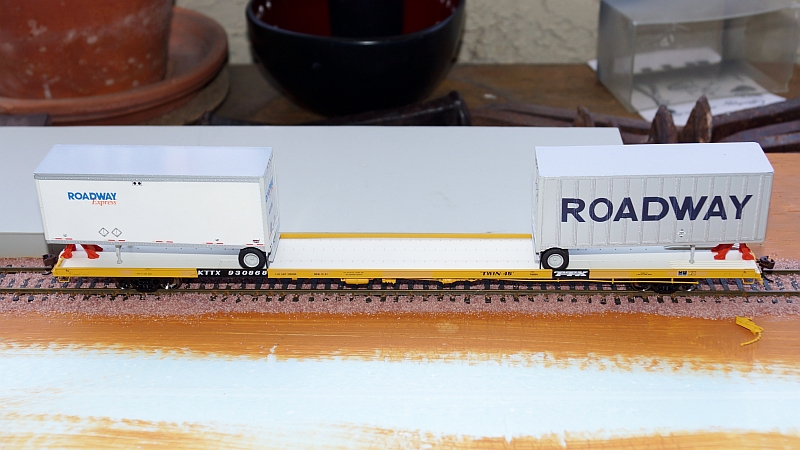 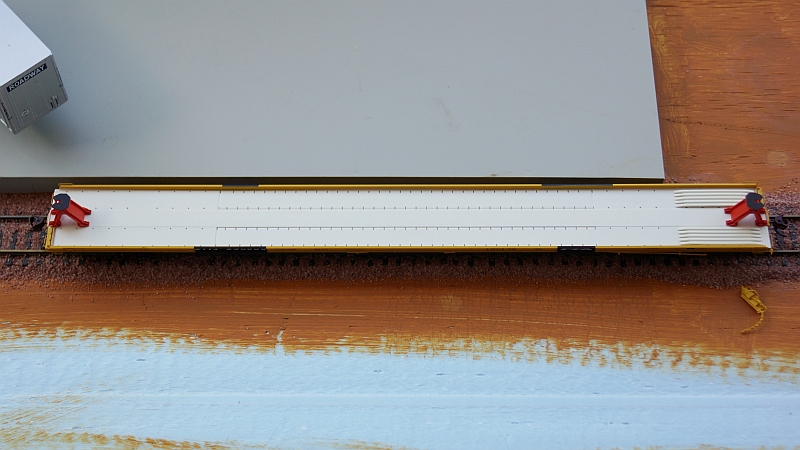 The model is well detailed, and the price ranges from $35-$50, or $75-$85 for the TTEX paired set (to be reviewed soon) [Ed: prices as of 2015].  The RTR model comes equipped with plastic couplers, and quality genesis trucks with code 110 metal wheels, with spinning bearing caps.  Weight was checked and was well withing NMRA RP20.1, a testament to the engineering put in.

Paint is perfect, lettering is all readable, and detail is superb.  Brake rigging is 90% modeled, with the portion missing where the rigging connects to the trucks, commonly left off of scale models.  No complaints other than the shown loose brake rigging, which was easily re-installed.  However, I am missing a bearing cap, and the replacement parts I got years ago will be installed when I weather the car.

Photos are abound of the prototype, and I hope to model the car in a well weathered black, with yellow reflective stripes, should there be a good reference.  When I do so I'll try to put up an article relating to how that progresses, and the installation of Sergent couplers. 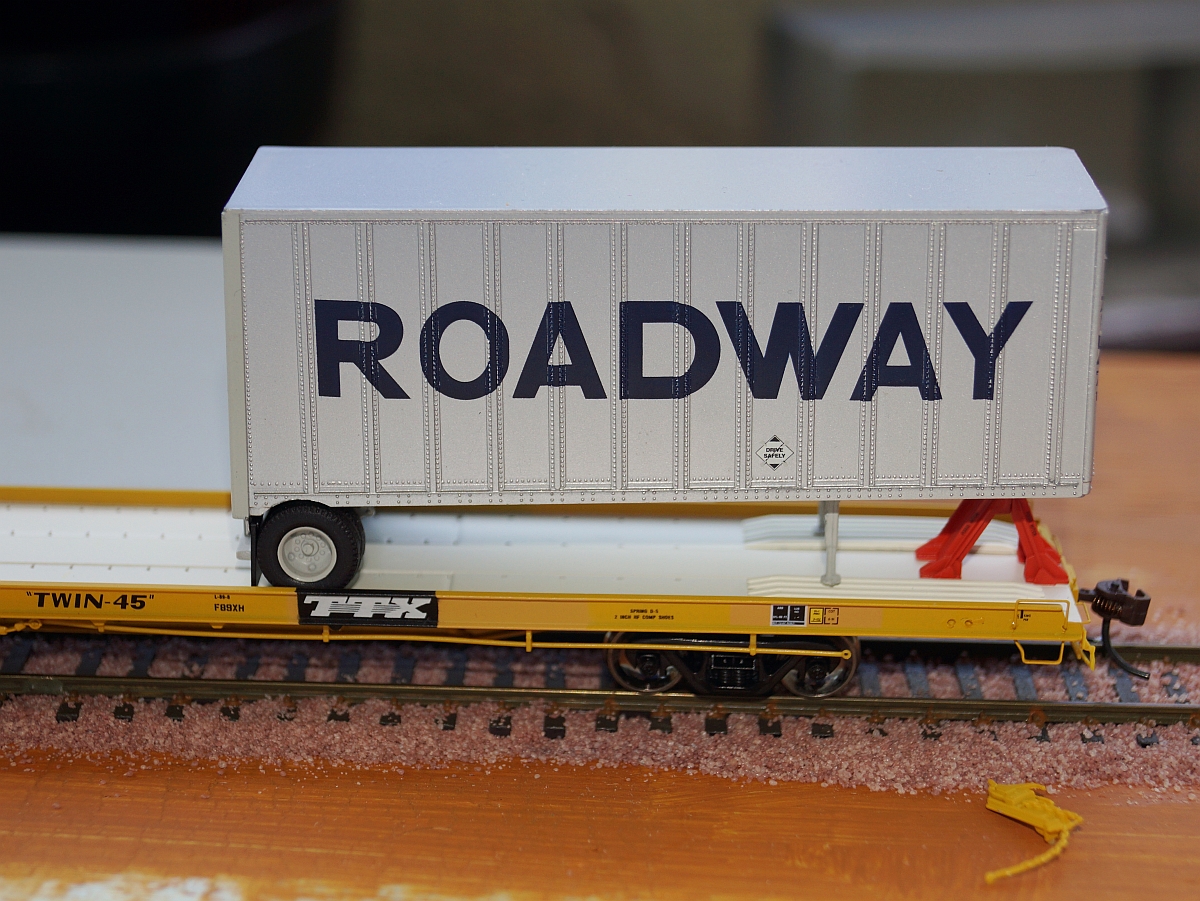 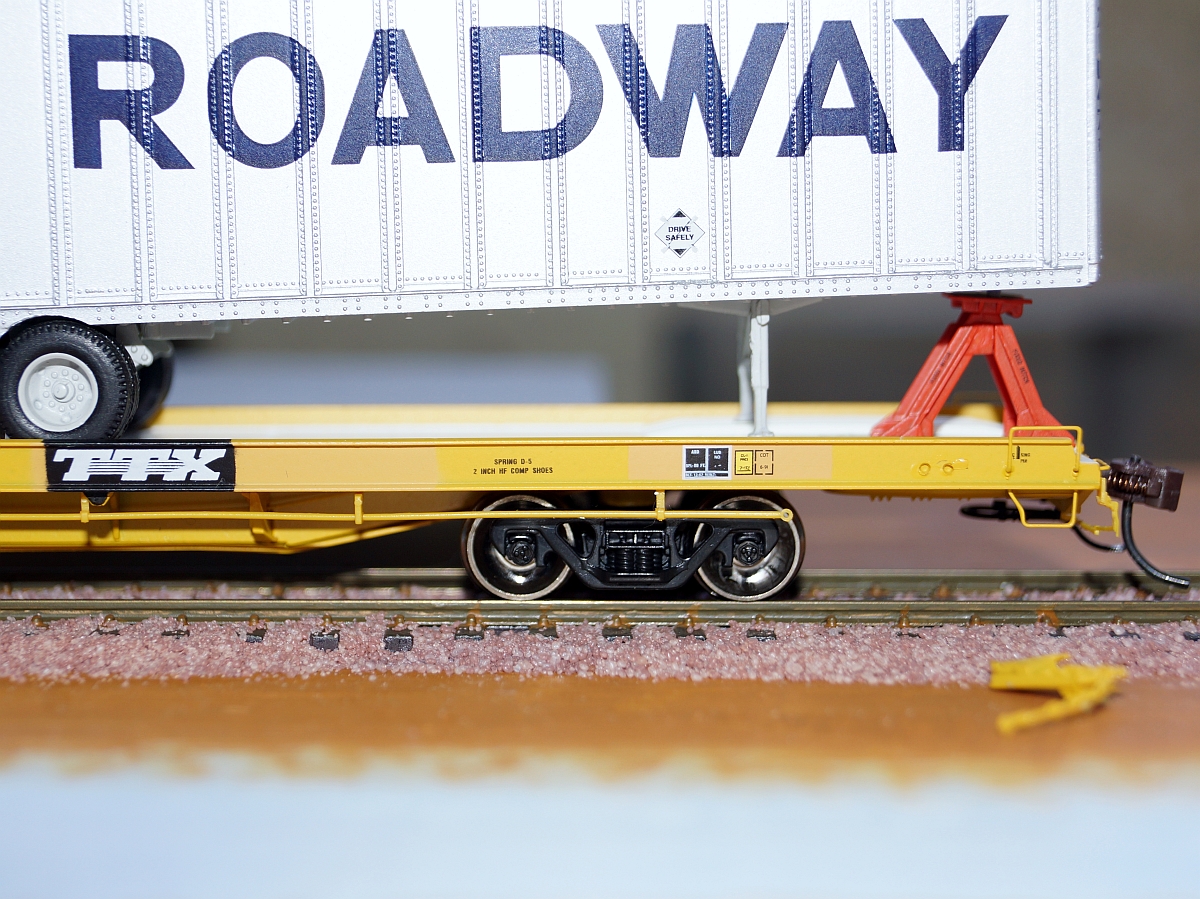 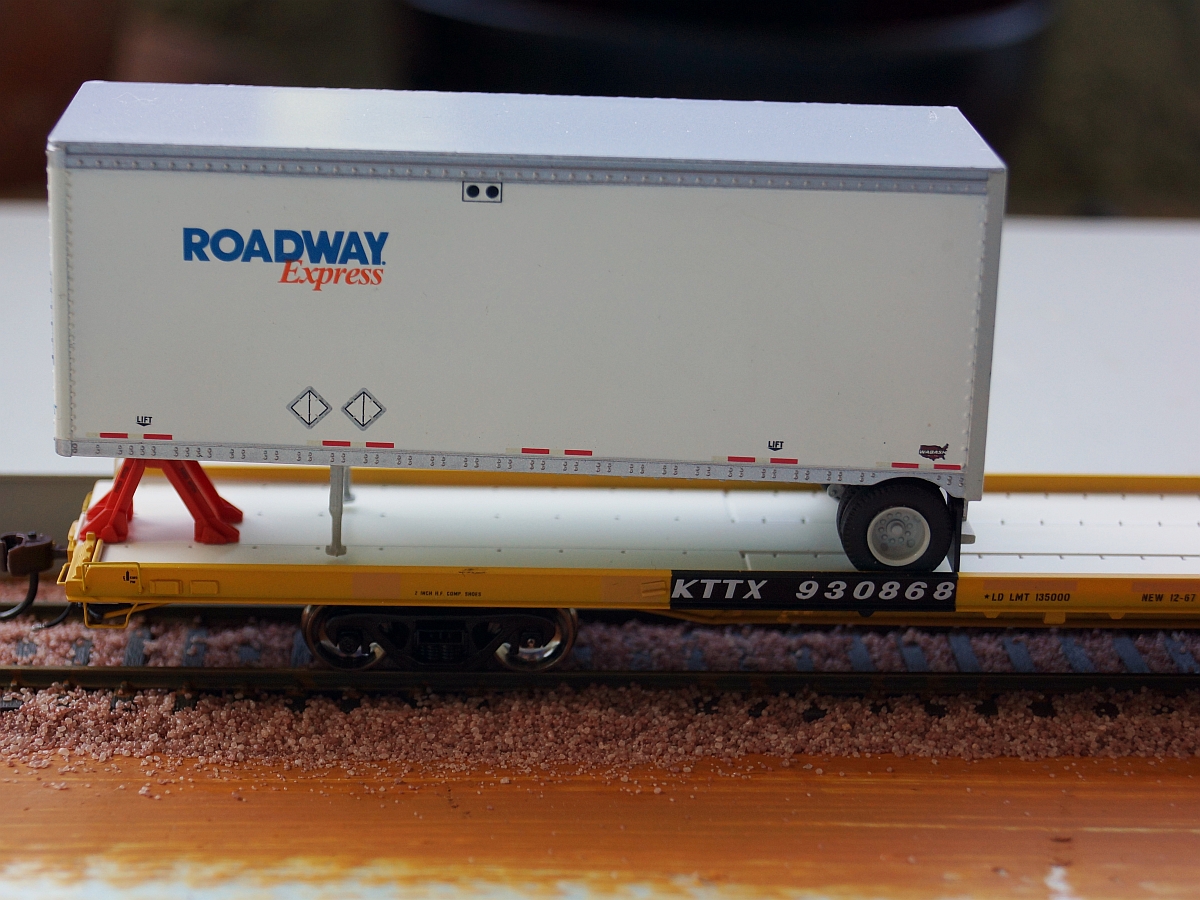 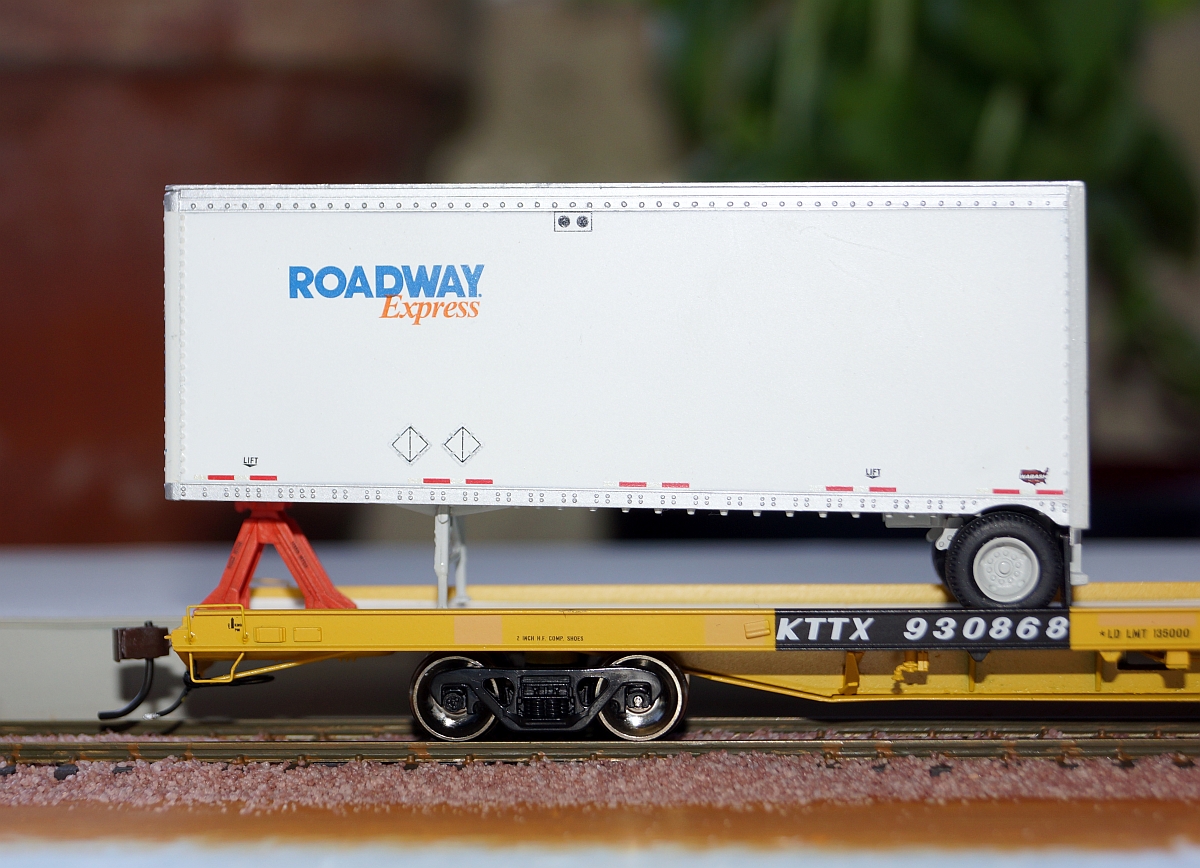 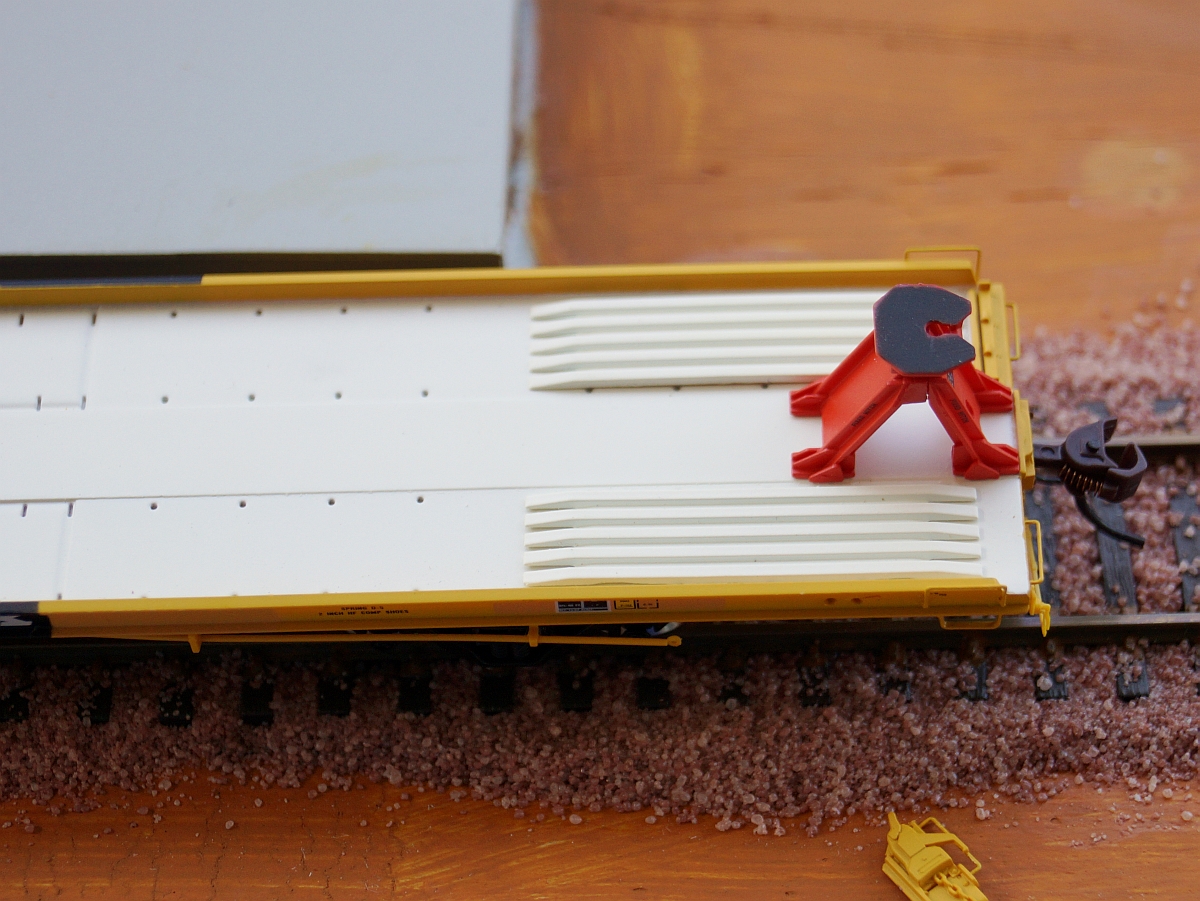 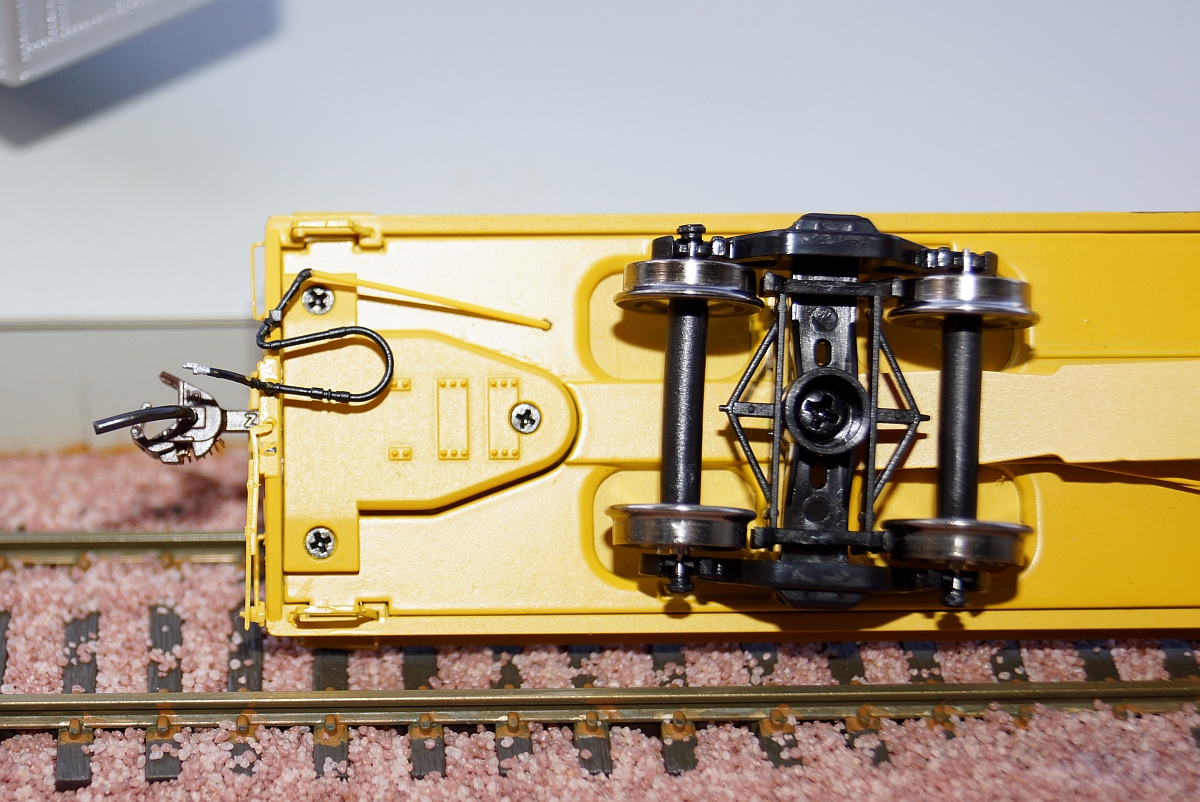 The original 2015 rating stood at 5/5, however in the 5 years since this article was originally published, one of the last for the original Model Railroad Tips software, I've revised my rating standards. The quality model, impressive detail, and range of paint schemes, at a quality price, however a loose brake stand in the box and missing bearing cap, leads me to rate this model a 4.5 out of 5.