Walthers introduced these modern rebuilt cars in HO scale in 2020.  They're a virtual must have for contemporary era intermodal modelers.

Walthers released single unit cars, like featured here, and 5 unit articulated sets.  Paints schemes range from DTTX in both the black & white TTX logo, and current red "foward thinking" logo; to 5 units sets decorated for BNSF, and SFLC, both owned by BNSF Railway.  MSRP ranges from $29.98 for single cars, to $139.98 for the 5 unit set. 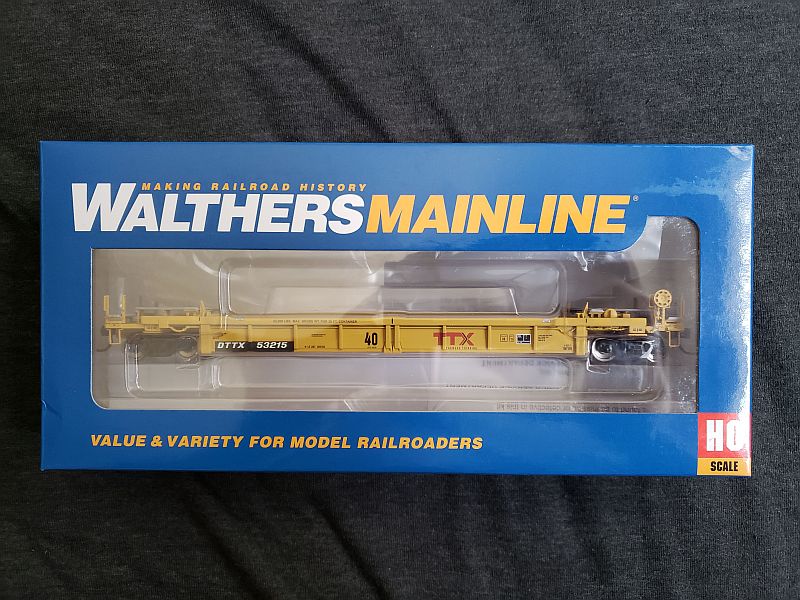 Walthers Mainline brand, is targeted at the average modeler, is designed to be budget friendly, and more robust details allowing for constant handling, such as to and from a club layout.  This means details might not be on par with top of the line cars available from the Walthers Proto line, or manufacturers such as Tangent, ScaleTrains Rivet Counter, Athearn Genesis, or Arrowhead.

What does that mean for this model?

Walthers included a splendid rendition of the 2 spring showing, 70 Ton trucks used on these cars.  I do not have a 5 unit set available at the time of this article to comment on intermediate trucks, which should be 125 Ton trucks with 38" wheels.  Metal wheels on my model were in gauge, and are smooth nickel silver 33" wheels, with an RP25 contour, code 110 thickness.  Modelers wishing to use semi-scale Code 88 wheels will have to make the transition themselves. 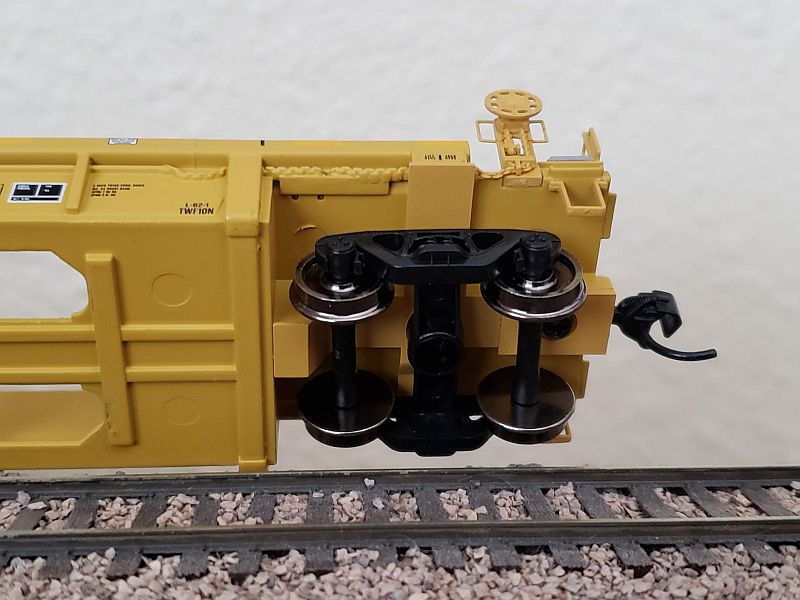 Lettering is well printed with no glaring errors 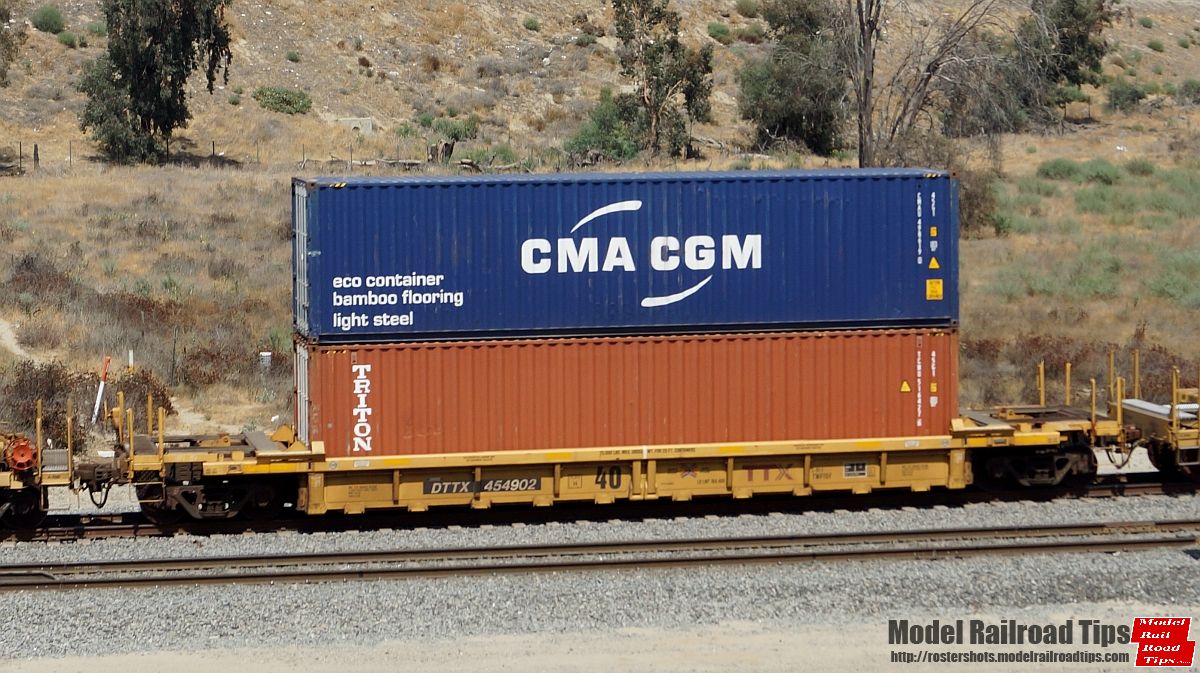 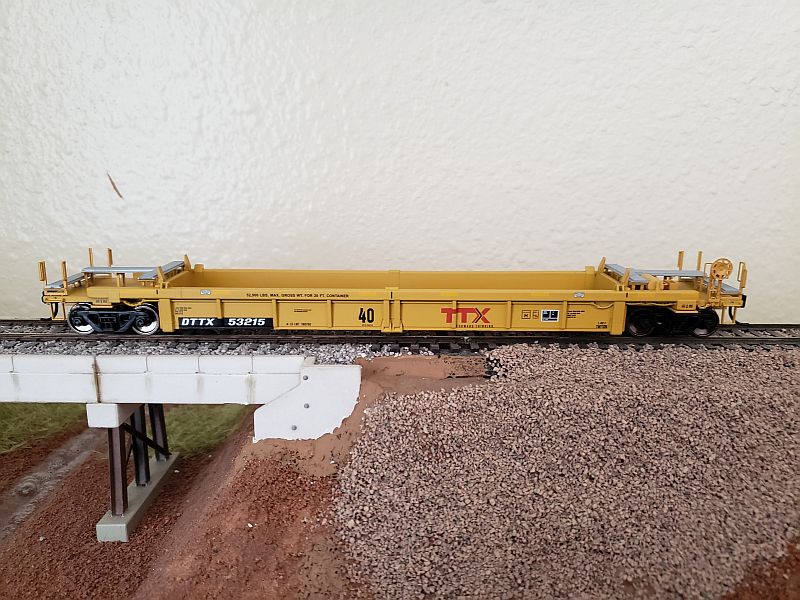 It must be noted, that most of the prototypes will vary in the placement and size of external well ribs, from the model.  Walthers, in the Mainline series will release many "close enough" models (referred to as foobies in the Model Railroad Community).  This car in particular is a near match for it's prototype series, however you'll notice the prototype I posted is a different but similar car.  According to a Railroad Model Craftsman review, the BNSF 5 unit set is a foobie. 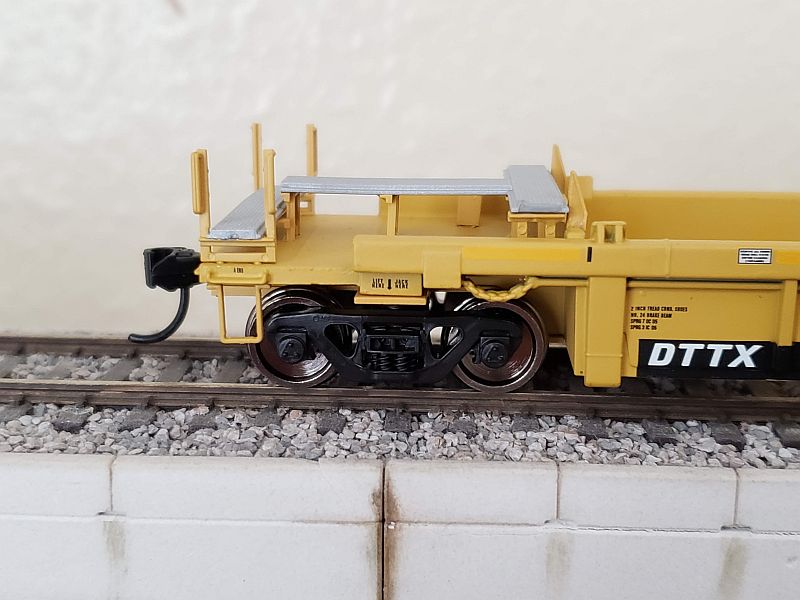 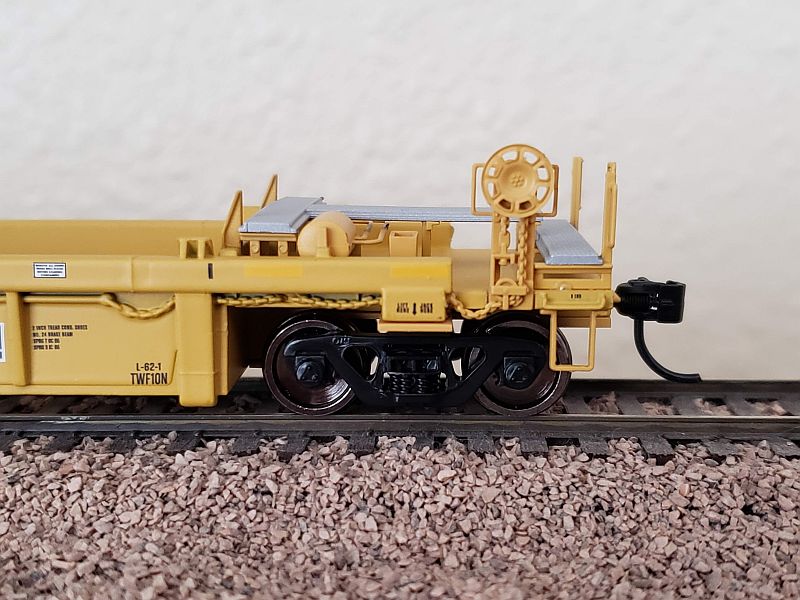 As mentioned before, the walkways are cast plastic on this model.  For the modeler who wishes to have etch metal, see-through walkways, Plano does carry a detail part that will be suitable.

Part #11534 covers the single unit cars, and #11544 covers the 5 unit sets.  However, if you have access to them, #153 will also cover the single unit, and #154 for the 5 unit.  The later two kits are designed for the original 48' well versions of these cars, so you'll have extra pieces since the well side platforms are unused on the rebuilt cars. 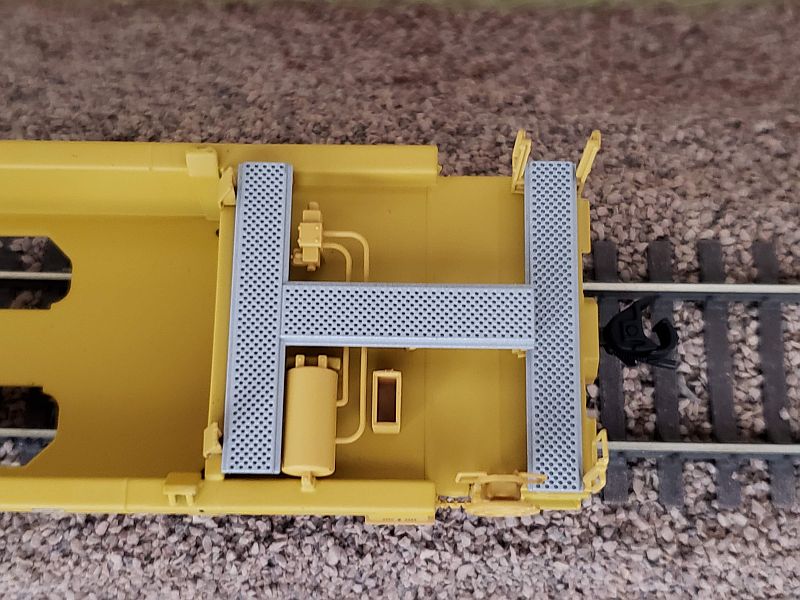 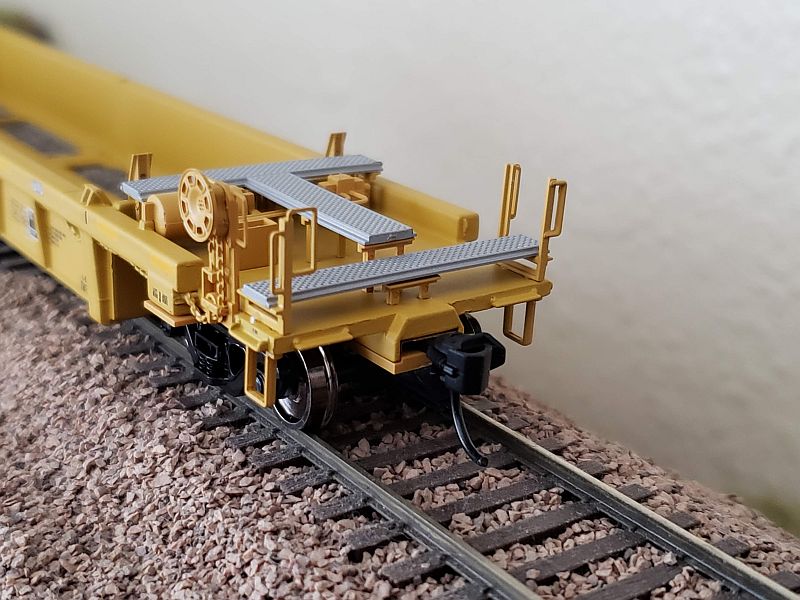 I usually check the model for wheel spacing, weight, and coupler height, as those are the most quantifiable items in a quick review.

The model weighs in at 4.1oz, which is about 1.15oz light according to NMRA RP20.1, which for this model equates to 5.25oz (1oz + 1/2oz per inch x 5.5 inch model).  This can be solved with the addition of containers to the car, however it is likely the bottom one will have to hide some additional weight.  The weight of the die-cast construction might make for a decent bare-table train, as long as trailing cars are not overly heavy. 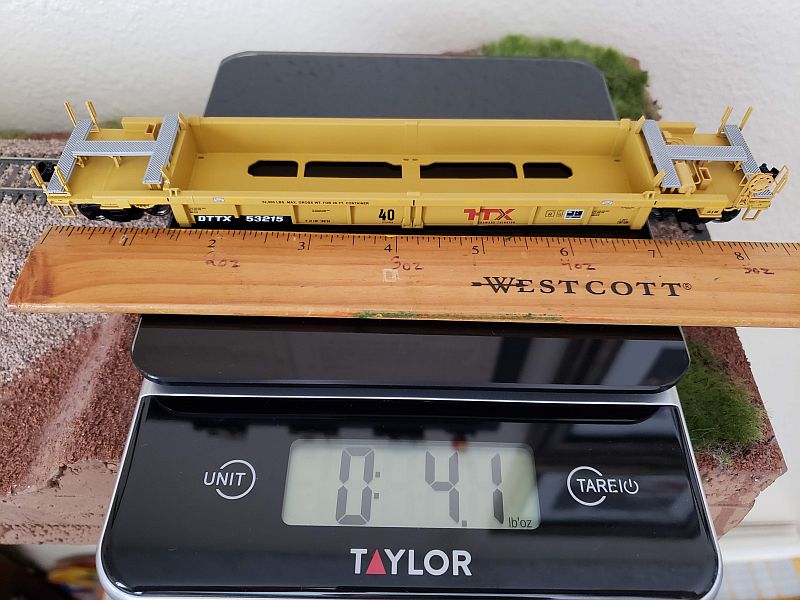 A Kadee on track coupler gauge indicates that the couplers are set at the NMRA S-2 coupler standard. 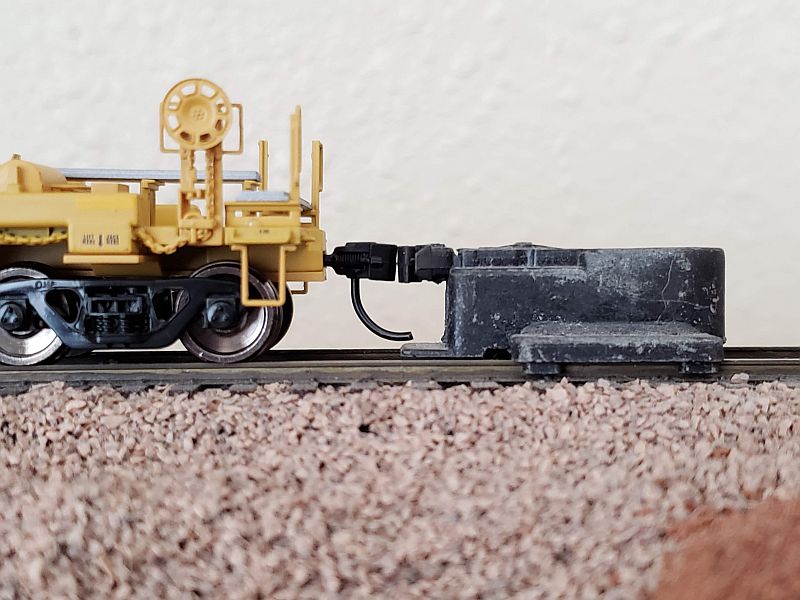 This model is a great addition to my growing intermodal fleet.  I'll certainly seek out more as time goes on.  Hopefully I can add a 5 unit set to do a quick review for the website.

Overall I'll have to say this car deserves a 4/5, reasons being, the cast in grab irons will be tough to replace due to the die-cast nature of this model, the desire to have etched walkways, and the ~1oz weight discrepancy.

Feel free to drop a message in the forums if you have anything to add to this article!