I've chosen to use a Life-Like Proto 2000 GP20 chassis, and Kato Walkway

The Morrison–Knudsen built for BN, GP28M has its beginnings in retired GP9 and GP18 models from EMD.  I've been tossing around the idea of building one, because they looks like a cross between a GP35 frame, and GP38 hood.  But that's not the case!  That's only where the complexity begins. 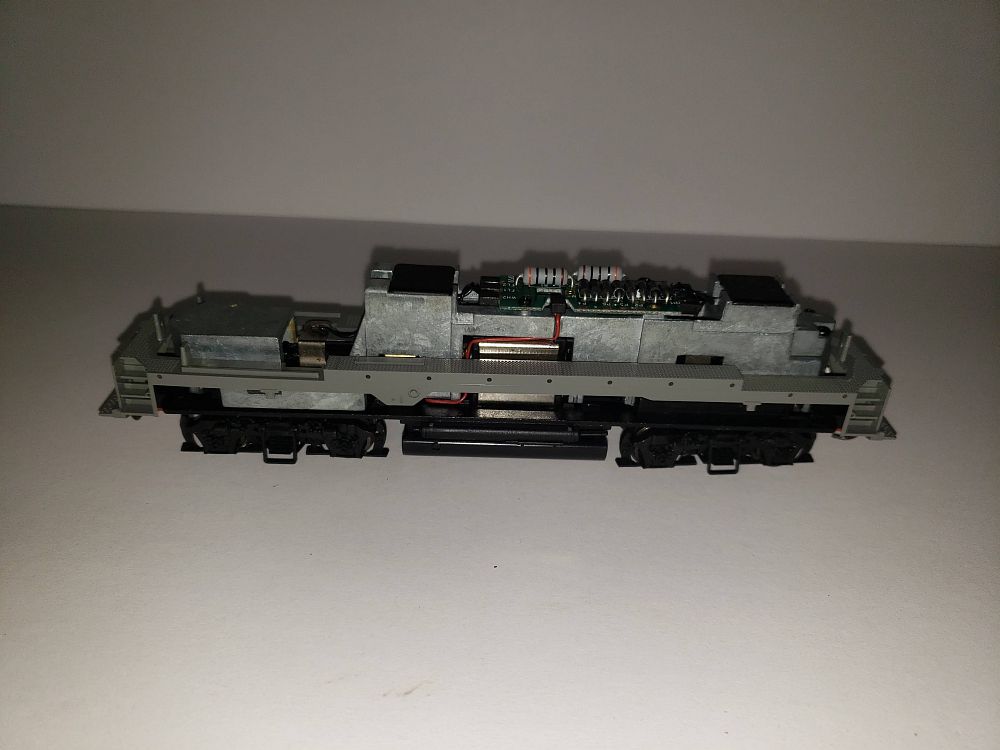 -The Kato walkway will better approach the correct dimensions and blower housing setup of the GP28M, than a modified GP20 walkway. 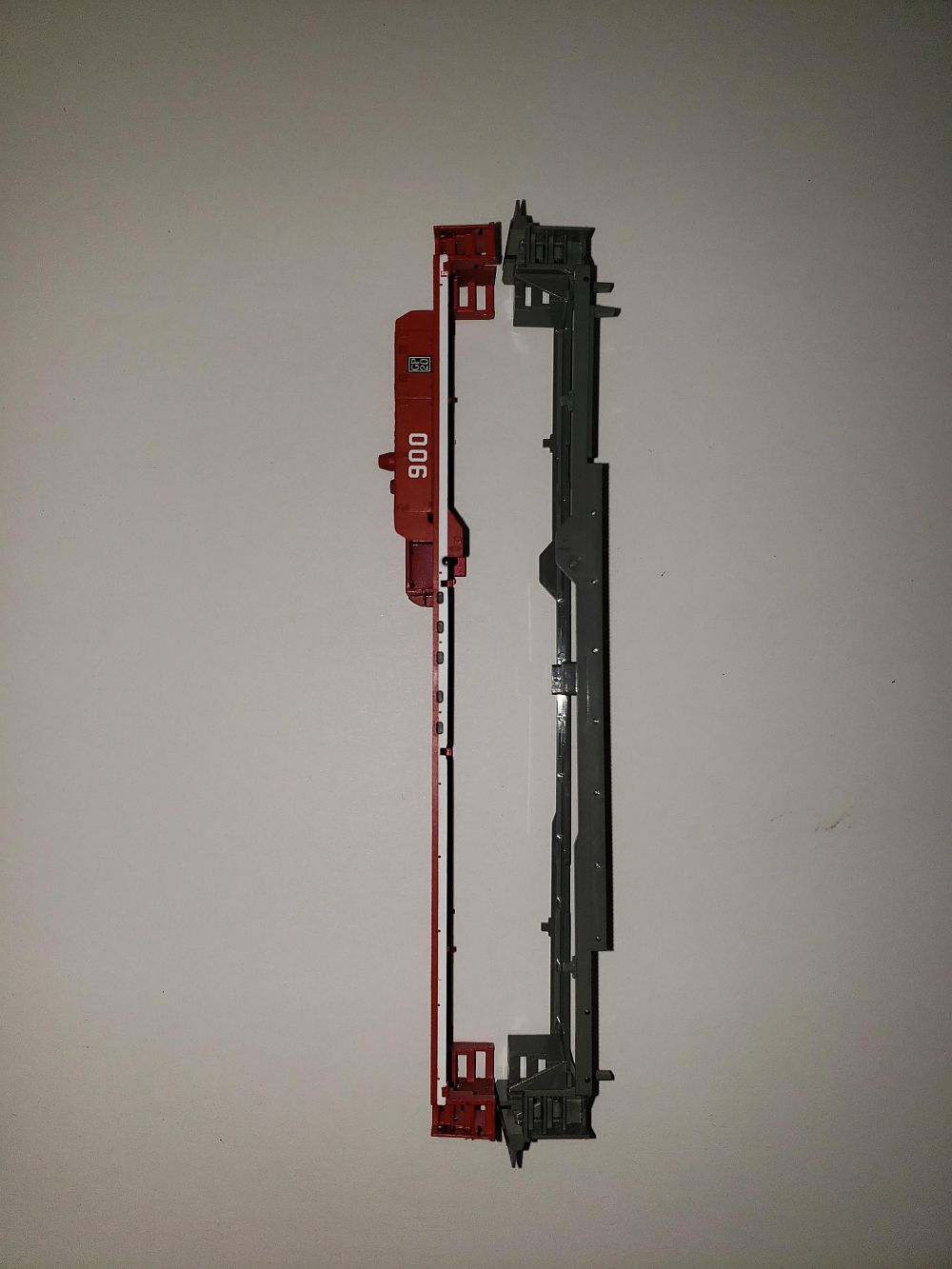 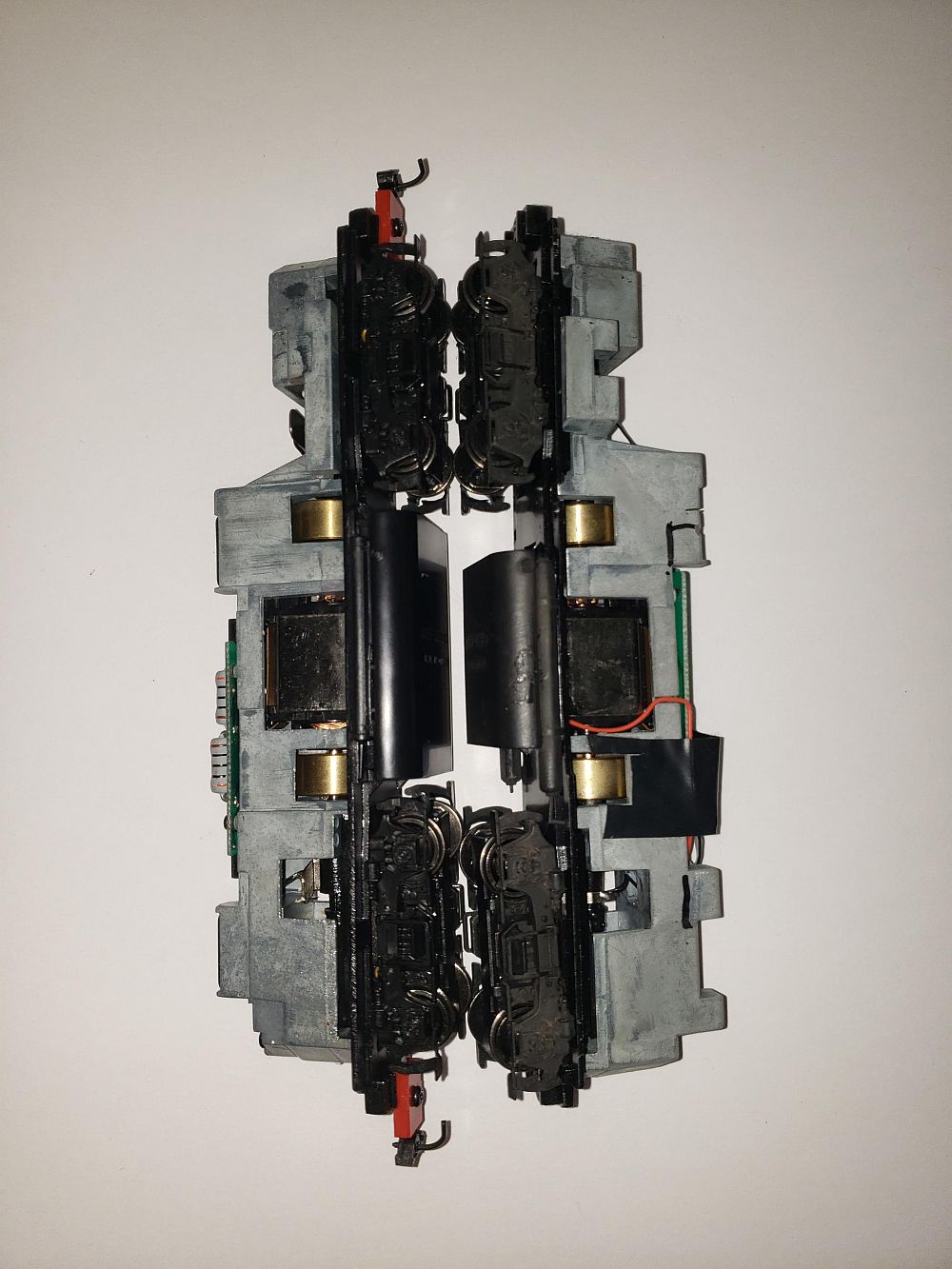 -I had though of using the Proto 2000 GP30 walkway, and chassis originally, as I have a "spare" one available.  I didn't because the GP30 has a unique blower duct setup (both sides) and an odd cab shape unlike the standard 35 line and later EMD's, which M-K replicated in their rebuild. 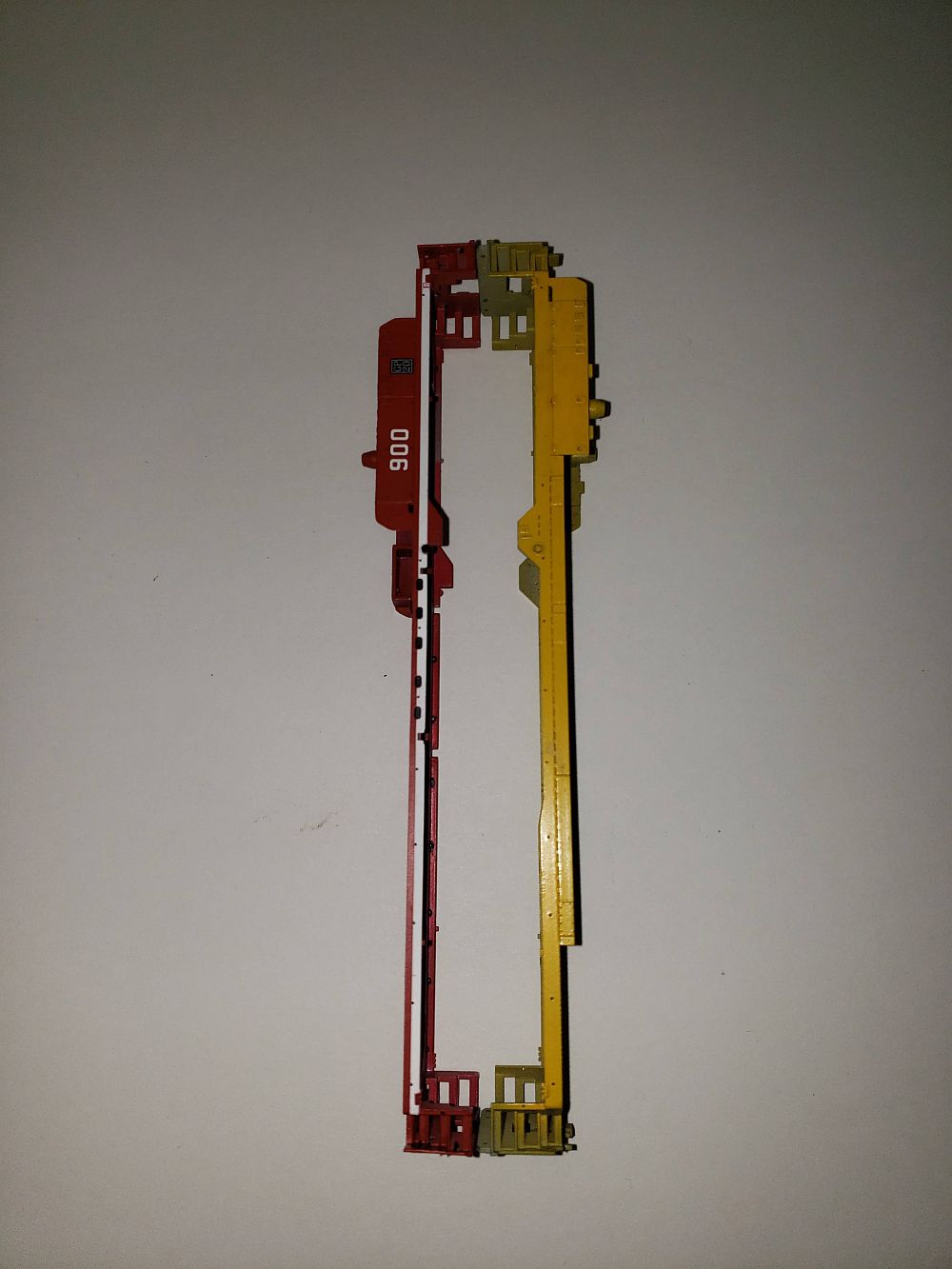 -The cab will be a Cannon & Co EMD Dash 2 kit, with a Dash 2 sub-base, and an 88" Cannon & Co nose.  There's speculation that the nose, fabricated in house by M-K might not be nearly 88" but it's certainly longer than the EMD 81" nose.  These 3 kits, although not exact to M-K build, are close enough to replicate the unit.

-The hood will be scratch built from .020" styrene, I learned long ago to use square grid sheet, but I'm noticing that's only available in .040" sheet, which may be too thick for my use. So two layers of .020" sheet.  Andy has a nice demonstration here.

As you can see, I drummed up some data, and did my research, to discover that the GP30/35 have the right walkway/frame length and look, but wrong truck spacing.  The GP20 has the right spacing, but will take more walkway rework to accomplish my goal.  The shell must be built up by hand to get the correct look.  I'll go through different techniques on the construction of the locomotive as time goes on.  I have a ton of ideas so it might be some time before a complete locomotive is shown to the world!