BNSF rebuilt several ex ATSF GP35us into GP39-3. Athearn or Kato doesn't make the BNSF GP39-3 in HO so one was made from an Athearn GP35.

The unit started out as an Athearn GP35 in Santa Fe colors which I had bought from one of my friends named Tyler Brett in 2011. In the middle of 2012, I gathered a lot of locos I didn't use anymore, and put them in storage pending deposition. In early 2013, I made the decision for this unit to be overhauled into a BNSF GP39-3. So I mailed this along with some cars and locos to custom painter named Kevin Marshall. The middle fan was removed, ditch lights on both ends were installed, nose headlights installed and of course was repainted in BNSF Heritage 3 paint scheme. So a BNSF GP39-3 was born. 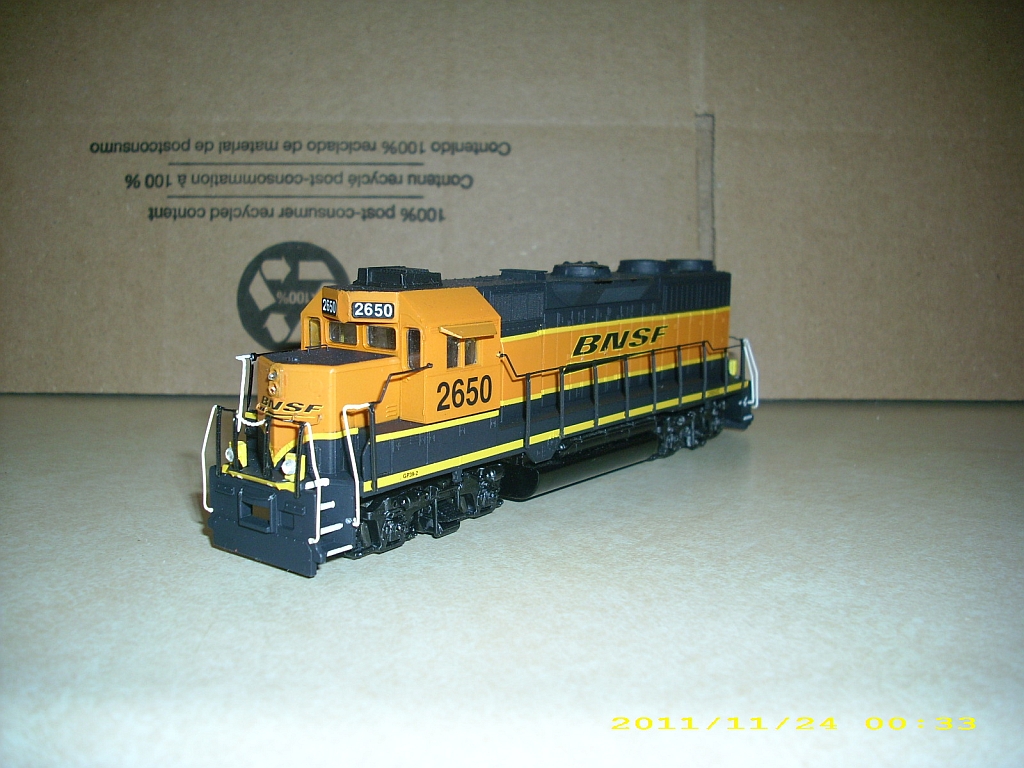 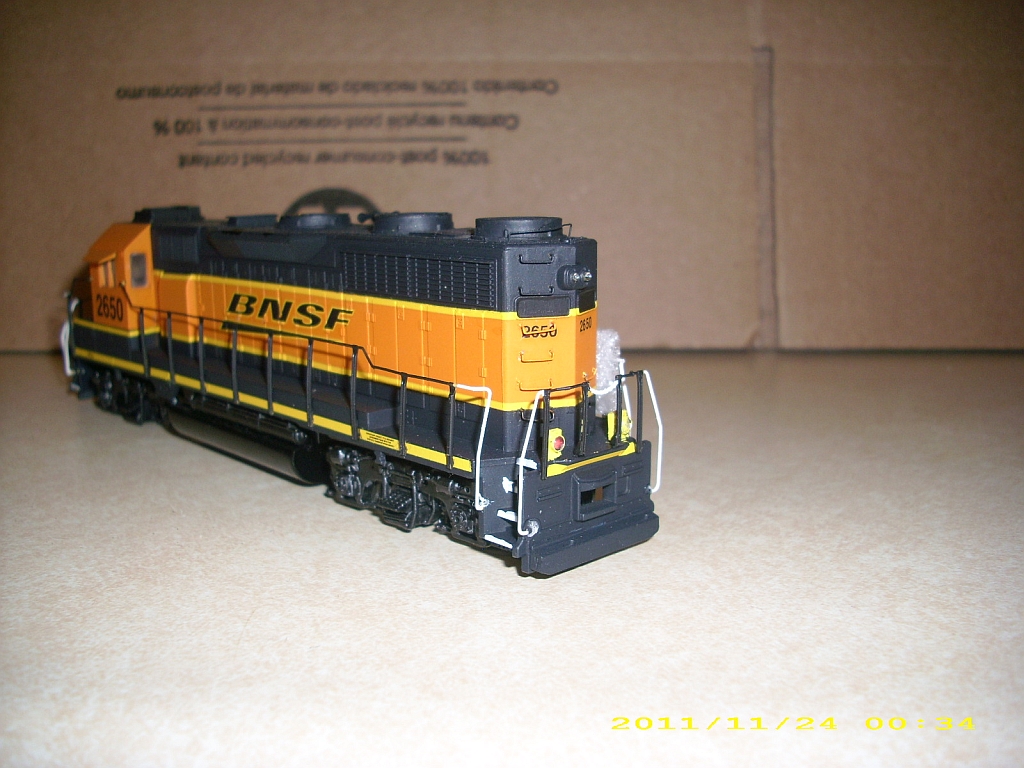 Kevin did a good job on this unit, and I recommend him for detailing, weathering, and painting anything if anyone doesn't have time to do any modelling.